Alex Kipman, Microsoft’s chief evangelist for the HoloLens, once again stole the show at Microsoft’s Build conference on Wednesday, urging developers to “move beyond devices, to move beyond screens and pixels and to move beyond today’s digital borders.” In a word: move to holograms already.

Hardly 100 days have passed since Kipman first emerged from a windowless lab beneath Microsoft’s Visitor Center and unveiled a new virtual reality headset to a stunned press corps. The HoloLens effectively projects 3-D holograms directly in front of the user in a seamless blend of fantasy and reality.

“We’ve worked on this program for years,” Kipman said at the time, “hiding in plain sight in the Microsoft visitor’s center.” In an instant, Kipman was vaulted from relative obscurity to one of Microsoft’s single most interesting employees.

The Brazilian-born software engineer joined Microsoft shortly after graduating from Rochester Institute of Technology in 2001. He bounced from division to division before landing a career-defining role as “director of incubation” for the company’s Xbox department. There, he oversaw the development of Xbox Kinect, a motion-sensing device that turns the gamer’s body into a controller. It was an instant success, selling 1 million units in the first 10 days of its release in 2010. Kipman, barely past the age of 30, earned an honored place in TIME’s “Top 25 Nerds of the Year.”

Kinect cemented Kipman’s reputation as one of Microsoft’s resident fantasists, perpetually dissatisfied with the current state of computing. “Alex has a certain naiveté about what’s not possible,” said long-time colleague Peter Loforte in an interview on Microsoft’s official blog.

With his shoulder-length hair and penchant for graphic t-shirts, Kipman bears a passing resemblance to a new age guru. He calls programmers “dreamers” and draws inspiration from the Burning Man festival, “as cleansing creatively as you can get,” he told Fast Company. But in that same interview, he revealed an unrelenting work day, beginning at 7:00 am, bookended by several hours of “create” time and finishing anywhere between “10:00 pm to done.”

Kipman has railed against the way users interact with screens. “They have started to disappear into their devices,” he said in 2012, “real life is passing them by and they don’t even know it!” At that moment he was also overseeing a secret program at Microsoft to develop a holographic headset, codenamed “Project Baraboo.”

It was five years in the making, Kipman told Wired, and he summed up the effort as a very elaborate trick of the eye. “You essentially hallucinate the world,” he said to Wired, “or you see what your mind wants you to see.”

For more on Microsoft’s HoloLens, watch the video below: 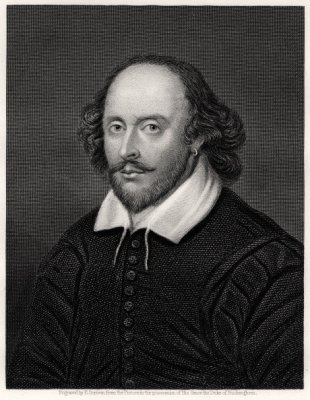 Why Read Hamlet When You Can Play It?
Next Up: Editor's Pick