Bernie Sanders Would Be the Oldest President In U.S. History

If Bernie Sanders succeeds in his bid for the presidency, which he confirmed on Wednesday, he will be the oldest person ever to be elected president. The junior senator from Vermont will turn 75 two months before the 2016 general election–if he were to win the nomination (one leading online gambling site puts the odds of that happening at 50-to-1.) 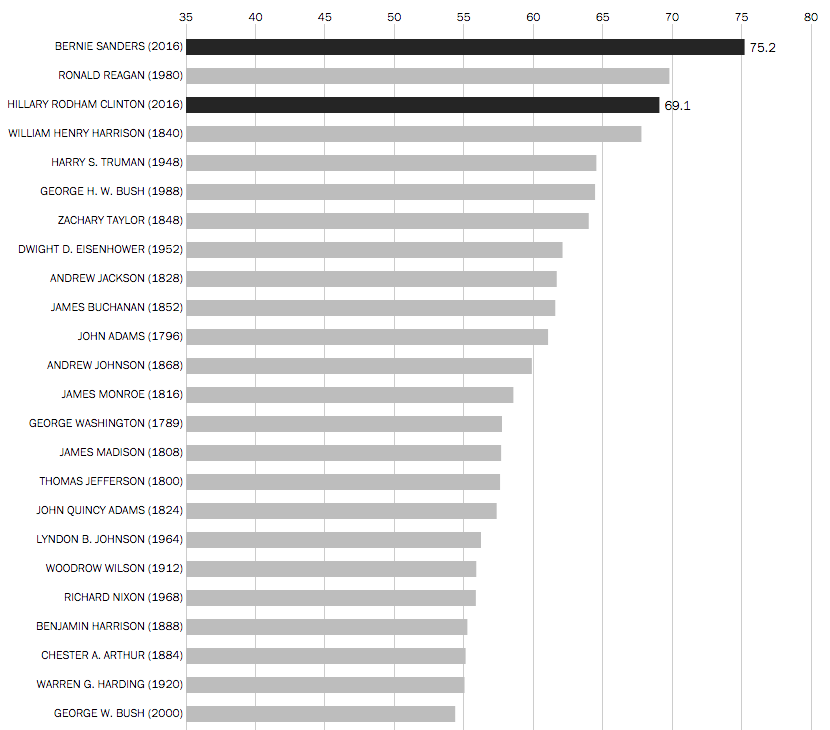 The person most likely to stand in Sanders’s way, Hillary Clinton, will be 69 on the day of the generation election. Only Ronald Reagan was older when first elected.

In fact, the 2016 nomination fight currently looks like a teachers-versus-students charity basketball game. The Republicans who have declared their candidacy consist of two people who would be 45 when elected–Ted Cruz and Marco Rubio–and Rand Paul, who at 53 would still be on the young side for a president.