When TIME profiled Manny Pacquiao in 2009, the boxer—who will take on Floyd Mayweather Jr. in a much-hyped Saturday night bout—was already an international star. His face was all over American media, and his name was known among boxing fans everywhere. But nowhere was he more loved than in his homeland, the Philippines.

In the Philippines, TIME’s Howard Chua-Eoan and Ishaan Tharoor explained, Pacquiao was “a demigod.” And his divinity was only increasing. But, it turned out, not every element of the popular version of his backstory was actually true. For example, as Pacquiao himself told it, he left his hometown for economic reasons, not to find boxing success:

That trouble, of course, was no more.

By 2009, as the story made clear, the Pacquiao family was well-established—and they could get even more so very soon: both of Saturday’s competitors stand to earn more than $100 million from the fight.

Read the full story, here in the TIME archives: The Meaning the Mythos of Manny Pacquiao

Read an earlier profile of Manny Pacquiao, from 2004, here in the TIME archives: From Zero to Hero 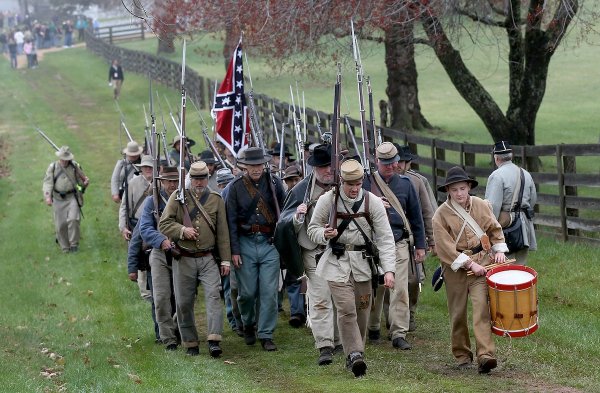 There Is One More Thing We Need to Remember About the Civil War
Next Up: Editor's Pick