Antibiotic resistance is becoming a growing global problem, and for many women that’s having an unexpected effect. One very common infection among women, the urinary tract infection, is becoming increasingly resistant to the drugs used to treat it. New research published in the journal PLOS Pathogens sheds light on the rise of the antibiotic-resistant UTI and hints at a potentially new treatment that may one day offer women some relief.

More than half of women will experience at least one UTI in their lifetime, and between 30 and 40% of those infections will come back within six months. UTIs account for around eight million visits to the doctor’s office every year, totaling about $450 million in medical costs. Most UTIs are caused by the bacteria Escherichia coli (E. coli), and recent surveillance data shows a significant rise in cases of UTIs caused by E. coli that are resistant to the antibiotics most commonly used to that treat them. One study that looked at cases of UTIs from 2000 to 2010 found that the number of UTIs caused by E. coli that were resistant to the antibiotic ciprofloxacin increased five fold, and the number of UTIs resistant to the commonly used antibiotic trimethoprim-sulfame-thoxazole rose from about 18% to 24% during the same time period.

UTIs typically cause women to have a severe urge to urinate, and to do so frequently. It’s also often very painful when they do, and many experience a burning sensation in their bladder or urethra. Uncomplicated UTIs usually go away with drugs within two to three weeks, but in some cases women may take antibiotics for 6 months or longer if their UTIs keep coming back.

“It’s definitely a growing problem,” says Dr. Victor Nizet, a professor of pediatrics and pharmacy at the University of California, San Diego School of Medicine. “Some women get them over and over again, year in and year out.”

In the new study, Nizet and his colleagues looked at an alternative way to treat UTIs. The researchers tested an experimental drug—not an antibiotic but an immune-boosting agent. The drug stabilizes a protein called HIF-1alpha, which was shown to protect mice and human bladder cells from infection with a common UTI pathogen, a kind of E. coli. The researchers found that using the experimental drugs in healthy human urinary tract cells made the cells more resistant to infection by the pathogen. The researchers also discovered that using the stabilizers directly in the bladders of mice protected against infection and that mice who were treated saw a 10-fold reduction in bacteria colonization in their bladders compared to untreated mice.

“A classic antibiotic is something that targets the bacteria directly,” says Nizet. “This [new drug] would be a treatment that would stimulate the body to produce its natural antimicrobials, which are many.” Nizet says the next step is to explore testing in humans and learn more about the effectiveness of oral versions of the drugs.

Dr. Mamta M. Mamik, an assistant professor of obstetrics, gynecology and reproductive science at the Icahn School of Medicine at Mount Sinai (who was not involved in the study) says she’s seen more and more women with UTIs that are resistant to drugs. In those situations, physicians will sample and isolate the bacteria to see what it’s sensitive to and then recommend a drug based on those results, she says. In a worst-case scenario, they may need to give women intravenous antibiotic therapy.

“I think use of antibiotics should be monitored strictly,” says Mamik. “Very judicious use of antibiotics is really necessary or we will end up in a situation that’s really terrifying. If everyone starts attracting these bacterial-resistant infections, we don’t have the resources. We can’t give intravenous antibiotics to everybody—that’s not a solution.”

Mamik says that women who think they have a UTI should schedule an appointment to see their doctor in person, and not to ask their physician to call them in a prescription for antibiotics. Doctors should insist on seeing their patients too, if they want to cut down on the risk, she says. “It’s uncomfortable but not life-threatening, so [women] don’t go in,” says Mamik. “That’s a practice that has to stop. It perpetuates the problem. You don’t know what you’re treating.” 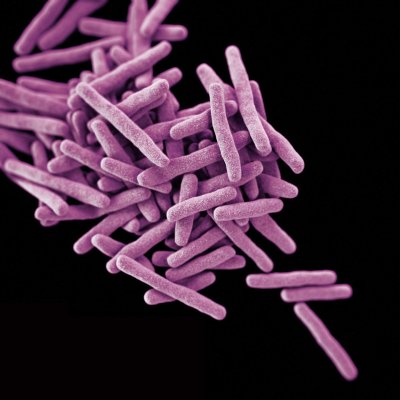 Most Countries Are Unprepared for Superbugs, Report Says
Next Up: Editor's Pick