Why Microsoft Thinks Your Phone Could Be Your Only Computer

Can a smartphone satisfy all of your computing needs? That was the pitch Microsoft made during its Build developer’s conference on Tuesday, and it’s not so far-fetched as it sounds.

On stage at the event, Microsoft Corporate Vice President Joe Belfiore plugged a Windows phone into a large screen display. On the small screen, he opened a mobile version of a PowerPoint presentation, but on the large screen, that same presentation was transformed. Menu options that would normally appear in the desktop version of PowerPoint suddenly appeared at the top of the screen. The “universal app” detected the display’s expansive canvas and packed it with new features. In essence, the app ran two independent displays from one device.

Microsoft calls this screen-splitting feature a “continuum,” and it hints at a future where a smartphone can in essence become a wide range of devices, from the tablet to the laptop to the mighty desktop computer, depending on what it’s connected to. And if a phone can truly can match these devices, feature for feature, who needs all of that costly hardware? The smartphone could pack the only processor you need.

It’s a neat trick, but Microsoft will first have to convince consumers to switch to Windows phones. That could be a hard sell after 97% of mobile phone buyers have already committed to Android and Apple devices. Not even current Windows phone users will be able to take advantage of this new feature — the screen-sensing technology relies on a new smartphone processor that Microsoft is developing in conjunction with Qualcomm. It could be a game-changing technology for mobile phones, assuming Microsoft can push its way back into the major leagues. 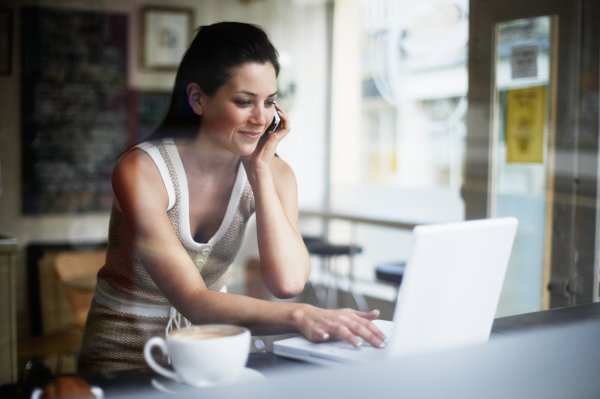 Here's How Wi-Fi Actually Works
Next Up: Editor's Pick