Scots have had an unexpected response to their own decision in September to vote, by a margin of 10%, to keep Scotland in the U.K.: they have flocked to the Scottish National Party, which spearheaded and lost the pro-independence campaign.

According to polls, the SNP, which currently holds six out of Scotland’s 59 seats in the British House of Commons, could win more than 40 in the U.K. general elections, which will take place on May 7. That would make Scotland almost a one-party nation within Great Britain and would mark a political turnaround whose consequences could have a major impact on the future shape of the U.K.

Here’s how the constitutional shocks of the nationalist surge might play out.

Polls suggest that Prime Minister David Cameron’s Conservative Party is likely—just—to win more votes and seats than the opposition left-of-center Labour Party. This is where the constitutional tremors could begin. Despite his win, Cameron would be unlikely to find enough allies from other parties to remain in power, so the Labour Party leader Ed Miliband and the SNP’s popular Nicola Sturgeon­—perhaps with the help of a few other small anti-Conservative parties—would probably have enough seats between them to oust the Conservatives and form a new government. Miliband would therefore begin his premiership with the uncomfortable knowledge that his opponent, Cameron, had won more seats than he had. That hasn’t ­happened since 1923—and that government lasted less than a year.

There would be no doubt in Sturgeon’s mind, in contrast, about her legitimacy as the leader of her nation. She is unlikely to be a placid junior partner to Miliband, instead pushing for policies that benefit Scotland and the SNP. Sturgeon’s predecessor Alex Salmond has been less than discreet about how he sees the SNP’s role in a pact with ­Labour: “If you hold the balance then you hold the power,” he told the BBC’s Andrew Marr in March.

Holding a new referendum on independence is not currently part of the SNP’s platform­—but no one in British politics seriously believes that the SNP, which has more than quadrupled its membership since the referendum, won’t at some point soon push for another vote. Sturgeon hasn’t ruled it out. Elections for Scotland’s own Edinburgh-based parliament, which the SNP controls, will be held in 2016. A fresh referendum could come.

Labour, however, is not guaranteed to form the next government. The Conservatives could do better than expected, winning enough seats to form an alliance with the centrist Liberal Democrats and possibly the anti-Europe U.K. Independence Party (UKIP). But that outcome could set in motion a process that many observers see as even more likely to result in the breakup of the U.K. than a Labour-SNP government.

Cameron has promised that if he leads the next government he will hold a referendum on Britain’s membership in the European Union by the end of 2017. A recent poll from YouGov indicated that 45% of British voters would choose to remain in the E.U., while 35% would want to leave. But public opinion on the question has been up and down; as recently as last year more people polled said they wanted to leave the E.U. than stay. Scots are generally pro-Europe, and a vote to leave the E.U. would enrage many of them. An angry SNP-led Scottish government would almost certainly demand a fresh referendum, and Scots, who would feel the English had dragged them out of the E.U., would surely vote to go it alone at last.

But even a majority of British voters choosing to stay in the E.U. would not halt the nationalists’ drive for independence. To be clear, a vote for members of the British Parliament is not a vote either way for independence—there are many other issues, especially the economy, in play on May 7. And many longtime Labour voters in Scotland, which has reliably been a Labour stronghold, may vote SNP because they don’t like Miliband or his party’s shift to the center in the past two decades, and can vote against his party knowing that they are not committing to independence. The defectors can always vote no again in a new referendum.

But the nationalists, after a setback in September that looked potentially fatal, have pulled off a borderline miraculous comeback—and they have a momentum that may make an independent Scotland all but inevitable. 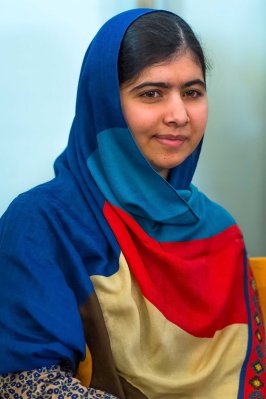 Malala Attackers Jailed for Life
Next Up: Editor's Pick