Everybody’s going to win in Saturday’s fight between Floyd Mayweather and Manny Pacquiao — when it comes to revenue, anyway.

No one knows just how much money the boxing match will pull in, but if the lucrative ticket sales are any indicator, it’s bound to be a legendary payday. According to New York Times estimates, the event’s pay-per-view broadcast could rake in around $270 million, with another $130 million from ticket sales, sponsorships, merchandise and other sources. In total, the legendary matchup could turn up somewhere around $400 million.

How might Mayweather-Pacquiao compare to other major sporting events? The fight may just clock in behind last year’s Super Bowl when it comes to total revenue, according to Forbes‘ Fab 40 2014, an annually updated list that ranks the top 10 sporting events with the highest revenue-per-day. (In other words, they’re ranked by the total revenue — broadcasting, tickets, the halftime show, concessions, licensing, etc. — divided by the number of days of the event.)

That means Mayweather-Pacquiao is bound to go down in history as one of the highest-grossing sporting events in history. If estimates are roughly accurate, the fight will likely make more money on a revenue-per-day basis than the 2012 Summer Olympics and 2014 Winter Olympics.

Of course, Mayweather-Pacuiao isn’t at all close to topping the $4 to $5 billion generated during the entire course of the last Summer Olympic Games. But for a less-than-one-hour fight, it’s still pretty impressive. 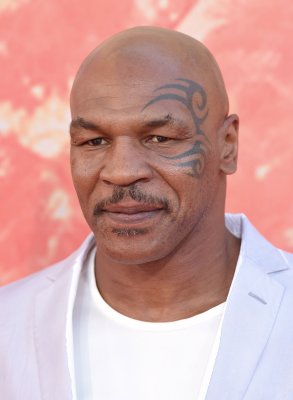 Mike Tyson Hopes Pacquiao Will Knock Out 'Delusional' Mayweather
Next Up: Editor's Pick