A Pakistani court jailed 10 men for life on Thursday for their involvement in the 2012 assassination attempt on teenage education activist and Nobel Peace Prize laureate Malala Yousafzai.

A public proscutor said the Pakistani Taliban militants were sentenced by an anti-terrorism court to 25 years in prison each, which is considered a life sentence in Pakistan, Reuters reports.

The 10 men are the first to be convicted for the attack, which left Yousafzai seriously wounded after she was shot in the head while returning from school.

Police believe the gunman who shot Malala escaped into Afghanistan, while other Pakitani Taliban leaders are wanted for their involvement in the shooting. 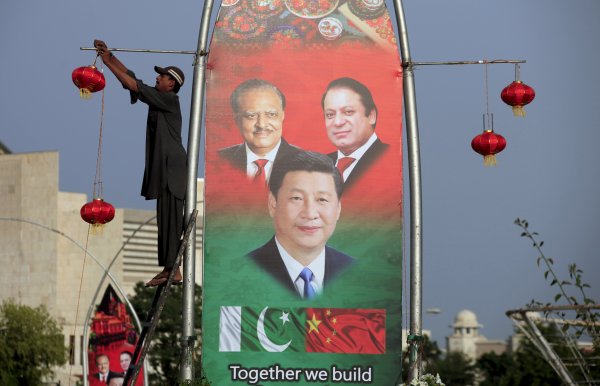 Pakistan Will Deploy 12,000 Troops to Protect Chinese Workers
Next Up: Editor's Pick