In 1957 a college dropout and occasional journalist named Frank Herbert traveled to Florence, Ore., to write an article about the Oregon Dunes, a 40-mile swath of blowing sand that is the largest stretch of coastal dunes in the U.S.

But Herbert never finished the article. Instead he plunged down a years-long rabbit hole of research, emerging with the manuscript for a massive science-fiction novel about a desert planet, inhabited by gigantic sandworms, that supplies a precious spice to a vast, insanely complex galactic empire.

It was a tough sell. Twenty-three publishers turned it down. The book was finally released in 1965, by a publisher known mostly for car-repair manuals. The novel was of course Dune, and it remains a singular achievement in the history of science fiction and fantasy.

Dune is the story of Paul, scion of the Atreides, one of the noble families that rule the galaxy in Herbert’s neo-pseudo-feudal vision of the future. Caught up in a war between rival houses, Paul is forced to flee to the planet Arrakis, a harsh, waterless world that is the source of melange, a mind-expanding, life-lengthening spice. Paul is taken in by the native Fremen; eventually he becomes their messiah and leads them in a jihad to seize control of the galaxy.

Summarizing the plot of Dune doesn’t do much to convey its intricacy. Though it exists 20,000 years in the future, the Duniverse (as it’s affectionately known) feels old, with a rich history, dominated by ancient institutions like the Bene Gesserit, a powerful all-women sect whose members have supernatural powers and practice eugenics. The Fremen are a piercing study of a colonized people whose natural resources are viciously exploited by others.

Herbert had a timely (in the ’60s anyway) interest in the power of mind-altering drugs and a remarkable prescience of the dangers of genetic modification and artificial intelligence: in the Duniverse all computers were banned after a cataclysmic war between humans and rogue AIs. But his most unique achievement is the way he integrated historical forces like economics and ecology into his storytelling. We don’t know much about, say, J.R.R. Tolkien’s Middle-earth as a functioning economy, but in Dune the fragile desert ecosystem of Arrakis is the keystone of Fremen culture and of the economy of the wider galaxy.

Like Tolkien, Herbert had a genius for vast, Wagnerian set pieces, which were a major influence on Star Wars and its descendants. Unlike Tolkien, Herbert had a shrewd sense of realpolitik and the cynical compromises it entails, which he passed on to George R.R. Martin, among others. One might wish that Dune would stop being relevant, but it can’t seem to. Herbert wasn’t a playful writer–Dune is a virtually humorless novel–but he was a dab hand with aphorisms. Here’s one of them: “It is not that power corrupts, but that it is magnetic to the corruptible.” 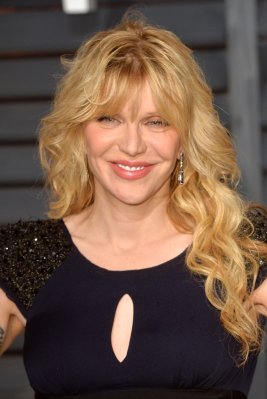 Here's Why Courtney Love Is Getting Sued by the Co-Writer of Her Memoir
Next Up: Editor's Pick