David Duchovny: 'X-Files' Reboot Will Be 'Like a 6-Hour Movie'

It might take a few days for the actors to feel at home again, but David Duchovny guarantees that The X-Files reboot will be one crazy ride when it hits your TV screen.

“It’s been a while since I’ve played Mulder, so it’s going to be strange, for sure, the first couple days,” the actor, 54, tells the Hollywood Reporter of returning to his famous supernatural-investigating FBI agent character for a six-episode series.

But with costar Gillian Anderson and series creator Chris Carter on board, Duchovny knows they’ll get right back in the swing of things.

“We can all check on each other and say, ‘Is this the show?’ ” he says. “We’ll find it. It’s just a matter of relaxing and letting it happen.”

In addition to the TV series, which ran from 1993 until 2002, there were two X-Files movies – one in 1998 and another in 2008. Duchovny always figured they’d do a third movie rather than revive the TV show. But he says the upcoming series will be the best of both worlds.

“We just could make it like a six-hour movie,” he recalls saying to Anderson and Carter.

It’s been 13 years since the otherworldly procedural went off the air, during which time Duchovny did a whole seven-season run of Californication. But not much will have changed in The X-Files world, he says.

“It’s obviously going to be different times, and the characters are going to be older, and all of the things that are going to be changing naturally will change,” says Duchovny, who stars in NBC’s upcoming drama Aquarius. But in the end, he adds, “it’s going to be the same show.”

Production on the six new episodes begins this summer. 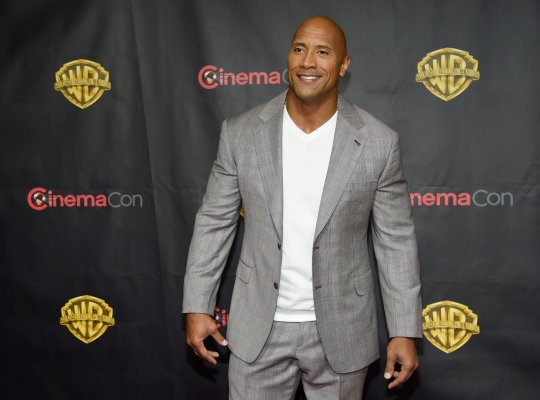 San Andreas Sticks to May Release Despite Nepal Quake
Next Up: Editor's Pick