David Simon, the creator of the iconic Baltimore-based HBO series The Wire, lashed out in a lengthy interview against Martin O’Malley, saying in the wake of this week’s riots and curfew that the former Baltimore Mayor and Maryland Governor was the “stake through the heart of police procedure” in the city.

Protests that have erupted following the April 19 death of 25-year-old Freddie Gray, who suffered a fatal spinal injury while in police custody, have highlighted the deep racial and socio-economic divide in Baltimore and the distrust between the community and law enforcement officers.

Speaking with The Marshall Project, Simon traces his wariness back to O’Malley’s time as Mayor between 1999 and 2007, when Simon says he made “mass arrests” of citizens for minor offenses to pad crime statistics. “[W]hat happened under his watch as Baltimore’s mayor was that he wanted to be governor. And at a certain point, with the crime rate high … he put no faith in real policing.”

Simon, a crime reporter at the Baltimore Sun for more than 10 years before he moved to television writing, has been an outspoken critic of O’Malley for years. He has even said that the Wire character Tommy Carcetti, an ambitious politician who manipulates crime reduction statistics, is partly based on O’Malley, a presumed Democratic presidential candidate.

Read the full interview at The Marshall Project 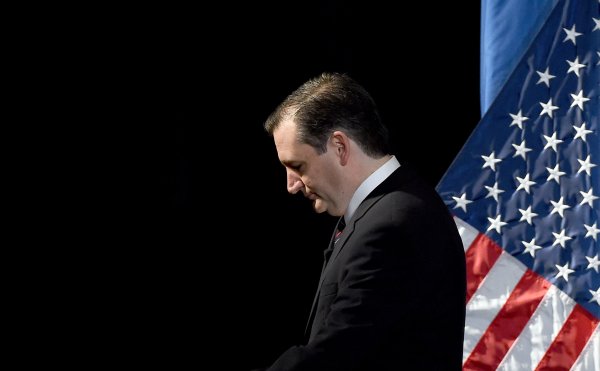 Backlash Against Gay Men Who Hosted Ted Cruz Dinner Is Counterproductive
Next Up: Editor's Pick