Republican presidential candidate Sen. Ted Cruz, R-Texas gestures while he talks at the U.S. Hispanic Chamber of Commerce (USHCC), on April 29, 2015, at the National Press Club in Washington.
Cliff Owen—AP
By Alex Altman

Texas Senator and Republican presidential candidate Ted Cruz cast himself as a supporter of immigration reform on Wednesday, while criticizing Democrats for killing prospects of a bipartisan deal by insisting on a pathway to citizenship for undocumented immigrants.

“I consider myself a proponent of immigration reform,” Cruz said during a question-and-answer session in Washington hosted by the U.S. Hispanic Chamber of Commerce. “There is no stronger advocate of legal immigration in the U.S. Senate than I am.”

Cruz was an outspoken detractor of the bipartisan rewrite of U.S. immigration laws that passed the Senate in 2013, which in the eyes of many Republicans would have shored up the party’s moribund support among Hispanic voters. His comments offer a telling glimpse of how he will attempt to find a delicate balance on a pivotal issue during his campaign.

The GOP presidential hopeful opposes citizenship for undocumented immigrants, but he stressed Wednesday the need to celebrate and encourage legal immigration. And he noted his support for dramatically increasing the available number of high-tech visas. His remarks drew an implicit contrast with Wisconsin Governor Scott Walker, a likely rival for the GOP nomination, who recently took a protectionist stance on legal immigration levels.

Cruz declined to directly answer a question from TIME about whether he would support a path to legal status for undocumented immigrants currently in the U.S., indicating a legislative fix should first focus on shoring up border security.

The freshman Senator said he believed there was significant bipartisan agreement around securing the borders and streamlining the legal immigration system. He criticized Democrats for crippling the recent reform plan in Congress by insisting on the “poison pill” of citizenship.

Many Republicans argued Mitt Romney’s hardline position on immigration was largely to blame for his dismal performance with Latino voters in the 2012 presidential race. But Cruz said his view—born out by his Senate campaign’s internal polling—was that Romney had alienated Hispanics with a message that appeared to denigrate middle-class Americans while venerating the wealthy.

Cruz argued that Republicans could win over Hispanics with a message of economic opportunity, saying Republicans “should be the party of the 47%.” 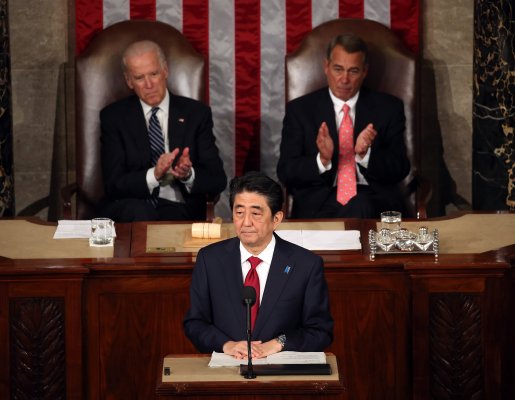