This is What Happened on the First Cinco de Mayo

These days, the Mexican holiday of Cinco de Mayo is considered a fun celebration — but the event that led to it was anything but.

The short version of the story is pretty straightforward, as TIME explained in 1941:

Basically, the day is sacrosanct because it’s when Mexican forces pulled off a David-over-Goliath victory. (Coxey’s Army was a rag-tag group of unemployed Americans that marched on Washington, D.C. in 1894 in hopes of encouraging the government to better provide for the jobless.)

So the date of the celebration makes sense. But why was France trying to invade Mexico in the first place?

The answer to that question involves generations’ worth of complicated international relations. For decades, the U.S. had had a policy (the Monroe Doctrine) of keeping European colonial interests out of the Western hemisphere. But in the early 1860s, the U.S. was busy with the Civil War and Mexico was particularly vulnerable following the Mexican-American War in the 1840s and their own civil war, the War of the Reform, which began in 1859. In addition, Mexico owed national debts to several European countries, including countries that were debating intervention in the Civil War.

In France, Emperor Napoleon III (nephew of the Napoleon) wanted to expand his empire and settled on Mexico, which was already in debt to France. As explained by the Congressional Quarterly Guide to U.S. Foreign Policy, Napoleon III had grand plans to dominate trade across the Atlantic and in Europe. He planned to conquer Mexico and put his Austrian allies in charge, and make an alliance with the Confederate States of America. That Mexico was refusing to pay its debt to France gave Napoleon III justification for an attack.

Shortly after the invasion began, the French forces got to Puebla, only to be stopped by their Mexican opponents on May 5.

The Mexican triumph was relatively short-lived. Less than a year later, the French returned to Puebla and were victorious. But the unexpected triumph on May 5, 1862, remains a point of immense national pride — as proved by this 153rd celebration of Cinco de Mayo.

Read more about Mexico from 1941, here in the TIME Vault: New Army 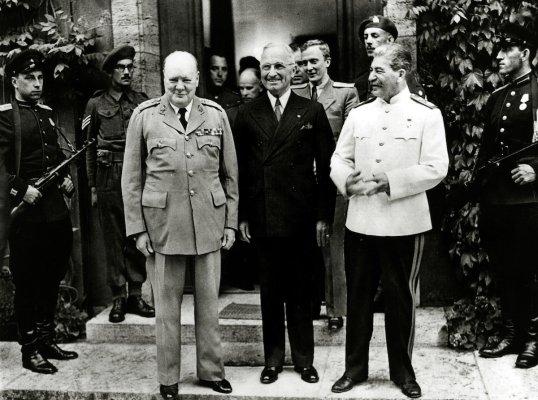 What Was on the Minds of the Big Three at Potsdam
Next Up: Editor's Pick