The 5 Best iPhone Apps of the Month

Every week, TIME rounds up our favorite iPhone apps of the past few days. Here are the best of the best for April, from television to productivity.

HBO NOW is HBO’s new standalone streaming service, offering all of the network’s programming for $15 a month sans a cable subscription. You can watch shows like Game of Thrones, Veep, and Silicon Valley as they air, or dive deep into HBO’s back catalog to catch up on Sex and the City or The Sopranos.

HBO NOW is free in the App Store

Many of us have been waiting for years for Google to release an iPhone version of its Google Calendar app. It’s finally here, with a beautiful color palette and easy-to-read viewing options. It also syncs up nicely with your Gmail account, helping to import events directly from emailed messages.

Google Calendar is free in the App Store

When Meerkat came out and gave Twitter users a way to stream live video feeds directly to their followers, it was clear that Twitter itself would need to respond, and quickly. Like Meerkat, Twitter’s new app Periscope allows you to send direct live video feeds to your Twitter followers. However, the app is more polished and easier to use, plus it has the benefit of official Twitter support.

Periscope is free in the App Store

Highball is less of a cocktail recipe app and more of a cocktail diary app, helping you remember exactly how you prefer certain drinks. For example, I like twice as much gin in my Negroni than the normal recipe calls for. Highball allows you to doctor and alter drink recipes, adding measurements as small as a “Pinch” (which will come in extremely handy for the eccentrics who like to add a drop of bitters into everything).

Highball is free in the App Store

Long one of the best Windows Phone apps out there, Microsoft’s Office Lens is now available for iPhone (and Android), letting you use your iPhone’s camera to digitize just about anything. Office Lens can turn whiteboard notes into a readable document; it can convert images into a PowerPoint presentation, and it can make digital versions of print documents. In short, your phone is a lot more useful with Office Lens than without it.

Office Lens is free in the iTunes App Store 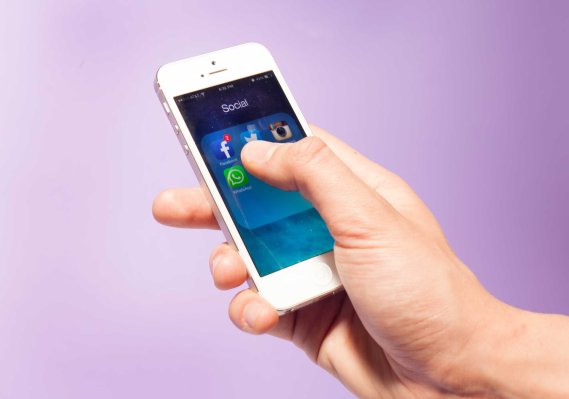 These Are the 3 Best Free iPhone Apps Right Now
Next Up: Editor's Pick