See the Orioles Playing in an Empty Stadium After Baltimore Riots

The Baltimore Orioles bat against the Chicago White Sox during a baseball game without fans on April 29, 2015, in Baltimore. Due to security concerns the game was closed to the public.
Gail Burton—AP
By Sarah Begley

The Baltimore Orioles played to an empty stadium Wednesday after unrest in the city led the team to close the game to the public.

As previously reported, the team delayed the first two games in a series against the White Sox to a May 28 doubleheader, after closing the stadium during riots following the funeral of Freddie Gray, who died in police custody. Wednesday’s game went forward, but without any fans in the stands. Some tried to get a view of the game nevertheless, as reported by TIME senior writer Sean Gregory, who was on the scene: 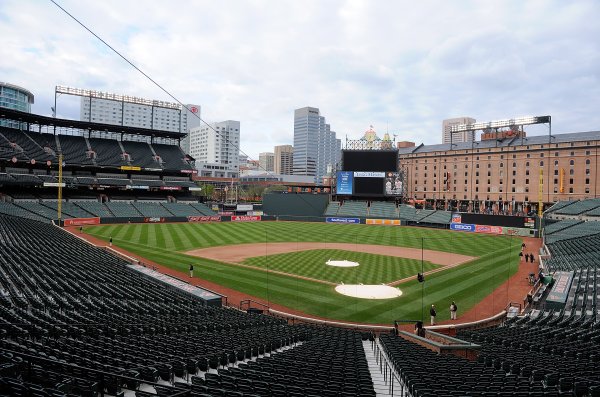 Baltimore Orioles to Play Game in Empty Stadium in Wake of Riots
Next Up: Editor's Pick