How Steve Jobs Trained His Own Brain

Steve Jobs is one of the two or three greatest icons of high tech, rivaled only by Bill Gates and perhaps Mark Zuckerberg. He’s mostly known for his legendary ability to create innovative, groundbreaking products.

What’s less known, though, is that Steve Jobs was a pioneer in what was once a rather esoteric “mind technology”–the use of Zen mindfulness meditation to reduce his stress, gain more clarity, and enhance his creativity.

As the Financial Times recently pointed out, Jobs was quite specific about how he went about practicing this “discipline” (as he called it). Biographer Walter Isaacson quotes Jobs as saying:

“If you just sit and observe, you will see how restless your mind is. If you try to calm it, it only makes it worse, but over time it does calm, and when it does, there’s room to hear more subtle things–that’s when your intuition starts to blossom and you start to see things more clearly and be in the present more. Your mind just slows down, and you see a tremendous expanse in the moment. You see so much more than you could see before.”

What Jobs described in that passage is readily identifiable as a specific type of meditation, usually called “mindfulness,” that’s taught in Zen Buddhism and its Chinese antecedent, Taoism. When Jobs was talking to Isaacson not long before he died, he had been practicing such meditation for many years.

I know that for certain because, by coincidence, in the early 1990s, I had a brief one-on-one conversation with Jobs about how Zen related to computer programming. (That’s a story for another post.)

In any case, it’s now clear that Jobs was as far ahead of his time in the technology of the mind as he was in the technology of computers. According to no less an authority than Scientific American, the latest neuroscience research proves that meditation techniques that have been around for thousands of years have beneficial effects on both your mind and your body.

The mind technology of meditation has since gone mainstream. According to a recent article in The Atlantic, companies as diverse as Target, Google, General Mills, and Ford have begun to teach their employees the same kind of mindfulness that Jobs embraced decades ago.

While the idea of corporate-sponsored meditation sessions strikes me as a bit creepy, you don’t need corporate sponsorship to get the benefits of mindfulness. I learned mindfulness meditation from world-renowned martial artist Yang, Jwing Ming. From what I can tell from Jobs’s description of his meditation, Yang’s method is either identical or closely related to Jobs’s own practice.

Here how the technique was taught to me as far as I recall it:

In my experience, daily practice of mindfulness has three valuable results:

First, it completely eliminates stress. While the stress may return, it’s starting from scratch and thus has less chance of snowballing into something unmanageable.

Second, it eliminates insomnia. When I was practicing this regularly, I was able to close my eyes and go to sleep within two or three seconds. That alone is worth the effort, in my view.

Third, and most important, it allows you to think more clearly and more creatively about everything happening in your own life. In my case, I used the sense of calm to extract myself from an unhealthy relationship and a job that made me miserable.

So, while I can’t promise that practicing mindfulness will make you as creative as Steve Jobs, I can promise from my own experience that mindfulness will create positive change in your life. 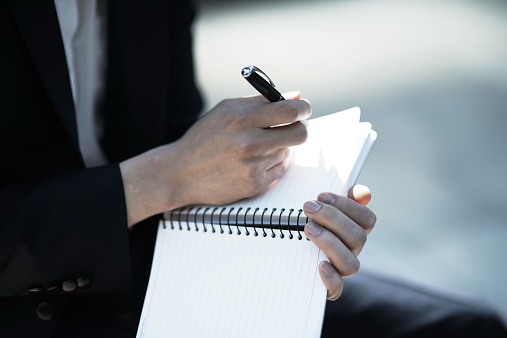 20 Simple Productivity Tricks Anyone Can Use
Next Up: Editor's Pick