Microsoft Just Showed Off the Insanely Weird Future of Computing

Microsoft offered a glimpse of what Windows will look like within the HoloLens, an augmented reality headset that brings familiar Windows apps like Word and Outlook into the physical space around users in a way never before possible.

Project lead Alex Kipman, who unveiled the HoloLens in January, took the stage at Microsoft’s BUILD conference Wednesday to offer a preview of Windows 10 running on the new device. In a mock-up of a living room, a developer wearing the headset pulled up three holographic windows that hung like framed pictures on the wall.

“Instead of digging through menus, everything is right where he wants it,” Kipman said as the developer walked around the space and the windows appeared to adjust to his viewing angle. The developer pulled up new apps by air-tapping a floating start menu.

The demonstration showed off how easily HoloLens wearers can move Windows apps around a physical space. A media player, for instance, could be detached from the wall with one tap. The voice command, “follow me,” made the floating app glide behind the user, ready to be pinned and scaled on another wall.

“Every single universal Windows app has the same capabilities,” said Kipman to the Windows developers gathered in the crowd, an audience that’s crucial to Microsoft’s attempt at re-thinking how computing might work in three dimensions. The HoloLens’ real test will come once the “wow” factor of a floating operating system wears thin and developers begin cooking up new ways to use the device.

At Wednesday’s event, Microsoft revealed two groups of test users, one made up of students and one of architects, are working with the HoloLens team to come up with new uses for the device. The architects have been able to build and share blueprints in three dimensions, scaling up the models to take walking tours through their designs. Case Western Reserve University’s Dr. Mark Griswold, meanwhile, was invited on stage to show how medical students could use the HoloLens in lieu of cadavers. A holographic body could be separated into bones, muscles and arteries, and animations could give students their first look at the inside of a beating heart without using a scalpel.

“This could change how everyone learns,” Griswold said. “Chemistry and genetics, art, engineering, and paleontology.” 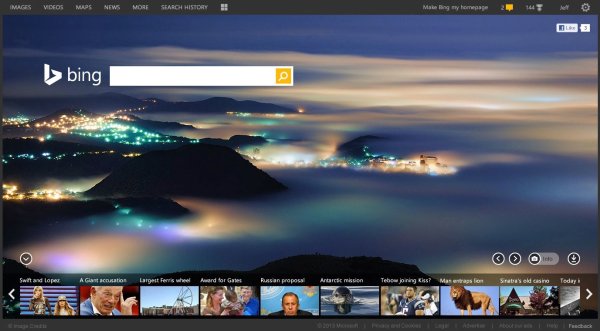 Microsoft Has a Clever Plan to Get You to Love Bing
Next Up: Editor's Pick