The battle between Apple and Samsung hasn’t been this fierce in a long time.

But not everything is rosy for Samsung. The company’s profits from mobile devices dropped 57% year-over-year in the first quarter of the year, the company said Wednesday. Meanwhile, sales of Apple’s iPhone are up 40% and accounted for nearly 70% of the Cupertino, Calif. company’s profits in the last quarter. It’s no secret that rival smartphone maker Apple’s mega-successful iPhone 6 sales last quarter is adding to the pressure on the South Korean Samsung.

The smartphone competition between the two companies is especially intense because of the annual back-to-back releases of each company’s flagship handsets. Apple typically releases new iPhone models in the fall, leading to an increase in Apple’s smartphone market share and then a boost in Q4 revenue. Samsung’s new Galaxy S phones drop in the spring, with an immediate gain in market share before the sales show up in Q2 revenue.

See how the dueling flagship smartphones play tug-of-war with global market share above, as estimated by Strategy Analytics.

Who’s winning, Apple or Samsung? It’s hard to say for sure, given that neither of the companies break down their earnings by product. But one thing is clear: the gap is definitely closing between Apple and Samsung, the latter of which has long been in its own league when it comes to global smartphone shipments. As shown in the chart above, Samsung’s market share has consistently taken sharp hits with each of Apple’s new iPhones (about a 5% drop each Q4 for the past the years), while Apple’s market share is hurting less and less with each of Samsung’s new Galaxy S phones (only a 2% drop in Q1 2015).

Still, Samsung executives say they’re faithful in their newest smartphones. “Galaxy S6 sales have been going as well as expected, while demand for the Galaxy S6 Edge have been better than anticipated,” Samsung Vice President Park Jin-young said Wednesday on an earnings call. Park also said he expects the S6 to become Samsung’s best-selling handset ever. If that prediction holds true, it could help Samsung keep its crown as king of market share a little bit longer, at least. 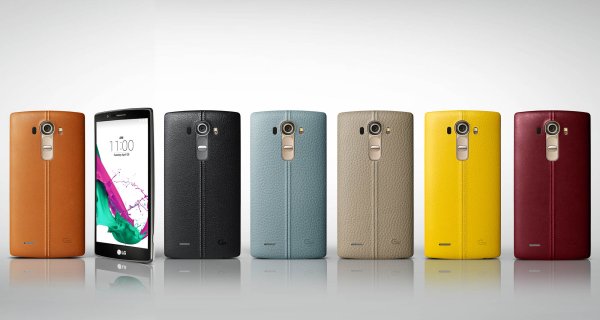 This New Android Phone Looks Like a Photographer's Dream
Next Up: Editor's Pick