A Gruesome Historical Argument Against the Death Penalty

It’s not easy being an executioner. Doing the job well earns no one’s praise; doing it badly leads to accusations of cruel and unusual punishment. Such was the charge on this day, May 4, in 1990, when a Florida inmate’s death by electric chair ended in torture for the inmate and trauma for horrified observers.

Jesse Tafero was convicted of fatally shooting two police officers during a 1976 traffic stop. By the time of his death, the electric chair was Florida’s standard method of execution. But because of what critics have described as poor training for executioners and limited oversight for executions themselves, the process did not go smoothly.

The trouble began when a sponge used in the chair’s headpiece wore out and had to be replaced. “There’s no factory or parts catalog for execution devices, so the prison sent a guy to pick up a sponge at the store,” TIME later reported. “Problem was, he bought a synthetic sponge instead of a genuine sea sponge”; the latter type was required to handle the electric current without catching fire.

Catch fire it did. Flames on Tafero’s head were nearly a foot high, according to one witness, but initially failed to kill him. The current was reapplied three times, since he was still breathing after the first two times.

“It takes seven minutes before the prison doctor pronounces him dead, seven minutes of heaving, nodding, flame, and smoke,” the witness, Ellen McGarrahan, wrote for Slate.

Tafero’s death breathed new life into the national debate over the death penalty — particularly regarding the humaneness of execution methods and whether they are sufficiently regulated. Tafero’s wasn’t the first or the last to end in torture, after all: The 2014 book Gruesome Spectacles: Botched Executions and America’s Death Penalty concludes that at least three percent of all American executions from 1890 to 2010 were botched, and lists 276 that are known to have gone wrong out of the roughly 9,000 over that time span.

The manner of Tafero’s death didn’t stop Florida lawmakers from continuing to embrace the electric chair. But a nearly identical malfunction occurred in 1997, during the execution of convicted murderer Pedro Medina, leaving one witness to remark, per Gruesome Spectacles, “[A] solid flame covered his whole head, from one side to the other. I had the impression of somebody being burned alive.” The state finally switched to death by lethal injection in 2000.

And while lethal injection is now the primary execution method in all states that enforce the death penalty, it is not without its own detractors. In 2008, arguments against the three-drug cocktail used by Kentucky (and other states) reached the Supreme Court, which ruled that the method did not constitute cruel and unusual punishment. The court is now hearing a similar case, this time brought by death-row inmates in Oklahoma, over whether a sedative used in lethal injections is strong enough to prevent undue suffering. If the court rules against this method, according to the New York Times, some states will consider resurrecting the electric chair.

But Tafero’s execution also became a talking point in another argument against the death penalty: the possibility of killing the wrong person. After Tafero’s harrowing death, the key witness against him admitted that he himself had pulled the trigger in the traffic-stop gunfight. Although prosecutors continued to insist that they’d gotten the right man, many concluded that Tafero was, in fact, innocent.

Read more about the Supreme Court and the death penalty, here in the TIME archives: Death Penalty Walking 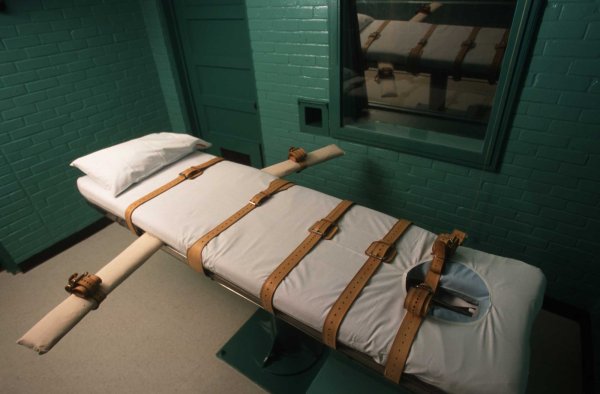 Kill Lethal Injection and Bring Back the Firing Squad
Next Up: Editor's Pick