How to Trick Yourself Into Buying Healthier Food

Savvy shoppers know the two golden rules of the supermarket: shop the perimeter, where the fresh produce is stashed, and never go to the grocery store hungry. Now, a series of new studies adds a third rule: eat an apple before you shop.

People who did so bought 25% more fruits and vegetables than those who didn’t eat anything, according to the research published in the journal Psychology & Marketing. “Having a little healthy snack before you shop—as long as it’s something that you really think of as a healthy snack—can change your choices for the better,” says study author Aner Tal, PhD, a research associate at Cornell University’s Food and Brand Lab.

Tal and his team gave a group of 120 shoppers a small snack before they went shopping: either an apple slice or a piece of cookie. A third control group didn’t get a snack. After analyzing their groceries, they found that people who were given the apple slice bought 28% more fruits and vegetables than people who ate the cookie. They also bought 25% more fruits and vegetables than the control group.

The findings were backed up by a followup study, in which researchers gave 56 people either a cookie or apple snack, then asked them to imagine going grocery shopping. They were shown 20 pairs of food—a low-calorie and high-calorie version—and asked to pick one. The apple eaters chose the healthier foods.

Apples are great for you, to be sure. But the researchers don’t credit the apples’ nutritional content for the healthier choices that followed, and they didn’t give a big enough portion to alleviate huger, either. Eating a pre-shopping snack that people merely perceived as healthy—even if it wasn’t—was enough to make people choose healthier foods. In another followup study, shoppers were given chocolate milk described as either healthy and wholesome, or rich and indulgent. Though the milk was the same, those who were primed to believe that the milk was healthy chose healthier foods during their virtual shopping trips.

“Anything that puts you in a healthy mindset, whether it’s actually a health food or not, can change your mind to healthier choices,” Tal says. Though more research is needed, he suspects that you might not even have to physically eat something to get the health-priming benefits; just being near them could help you choose better food. It’s why Tal recommends starting every trip in the healthy section of the supermarket—and putting down that cookie before you grab the cart. 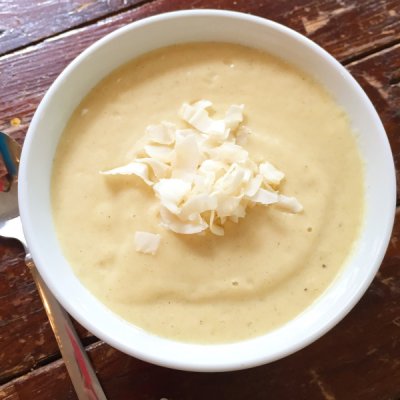