There May Be 4 Avatar Sequels on the Way

Avatar is still the highest grossing movie ever made, although technically if you adjust for inflation that honor belongs to Gone with the Wind. But Gone with the Wind never had any movie sequels. Conversely, Avatar director and beloved deep-sea adventurer James Cameron has decided to spend this decade of human history making nothing but Avatar sequels. As of a few months ago, the plan was for Avatar 2 to hit theaters in 2017, followed by Avatar 3 and Avatar 4 in 2018 and 2019.

But now, longtime Cameron collaborator James Horner has revealed a tantalizing bit of pre-production details from Behind the Cameron Curtain. Apparently, Cameron and his many screenwriting collaborators have somehow produced enough script material for four movies. Horner tells Hey U Guys:

Right now, Jim has got four sequels, script-wise, and he’s trying to make it into three. And that’s where his effort is going, right now, to keep it to three sequels. Because he’s got so much going on. How do you keep it from expanding into yet a fourth movie—a fifth movie, I guess, total. He’ll get that sorted out.

It’s unclear if this is just a development-phase act of editing down a wealth of material, or if there is actually a serious consideration of transforming the Avatar sequel trilogy into an Avatar sequel quadrilogy, or if maybe the fourth script is an exciting prequel-spinoff Avatar Anthology: Unobtanium Rising. When I spoke to Avatar sequel writers Rick Jaffa and Amanda Silver last year, they described the process of writing the movies with the Avatar brain trust (which includes Cameron and fellow writers Josh Friedman and Shane Salerno)—an initial lengthy process of brainstorming the master story, at which point different writers broke off to work on specific films.

On one hand: Information is still scarce about Avatar, and even Horner seems to think Cameron just wants to make three movies. One the other hand: We live in a world where The Hobbit became a trilogy and every disappointing YA finale gets adapted into two movies. So why not Avatar 5? As long as they get Leona Lewis to do the theme song. Remember Leona Lewis? Remember Avatar? Ah, to be young again! 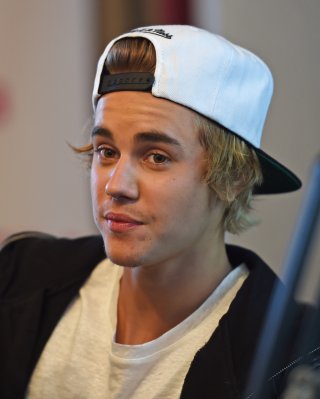 Justin Bieber to Cameo in Zoolander 2
Next Up: Editor's Pick