Hip-hop artist and actor Common has joined the cast of Barbershop 3, EW has confirmed. The Grammy winner will star alongside Ice Cube and Cedric the Entertainer, who are reprising their roles. Malcolm D. Lee will direct.

The last Barbershop installment hit theaters in 2004, two years after the original debuted.

Common recently appeared in Run All Night and Selma, for which “Glory” — his song with and John Legend — took home Best Song at the 2015 Oscars. The Chicago native also joined the casts of Being Charlie and Suicide Squad, and reportedly signed on for Spike Lee’s next project, Chiraq. 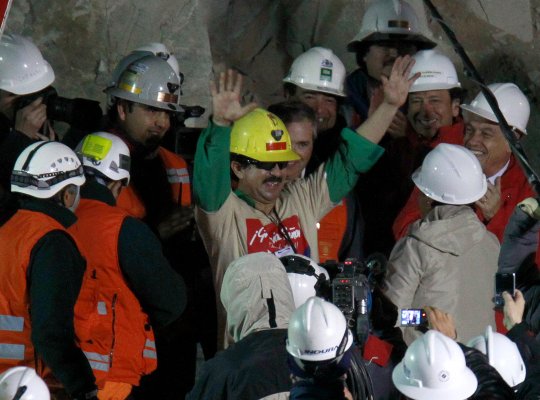 Chilean Miner Film The 33 Set for November Release
Next Up: Editor's Pick