How Curfews Have Changed Through History

On Wednesday morning, as a calmer Baltimore awoke, it appeared that the city’s emergency curfew had helped quiet the unrest that swept the area following the funeral of Freddie Gray. Shortly before the planned 10 p.m. to 5 a.m. curfew ended, the city’s police commissioner announced that the city was stable.

The declaration of success draws attention to one of the stranger things about curfews: the word has two similar but in practice very separate meanings. As William Ruefle, a professor of criminology at the University of South Florida St. Petersburg who has done research into the effectiveness of curfews, explains, emergency curfews and permanent juvenile curfews can’t really be lumped together.

And considering that difference, it’s not a surprise that the emergency curfew may have helped contribute to the calm in Maryland. “I don’t think there’s any question that [emergency curfews] are needed and legitimate, whereas with the permanent ones there was some question,” Ruefle says. In fact, the lack of dispute about emergency curfews is such that there’s been very little research actually done on the topic—Ruefle says that can’t think of anything he read in all his research that even talked about them—and it’s hard to pin down their history.

There wouldn’t have always been such a split between the two types of curfews. As Yvonne Vissings explains in an essay in the book Juvenile Crime and Justice, the first curfews were imposed under England’s Alfred the Great, who ruled in the ninth century. The word itself is from the French for “cover fires”; instituting a special time of night at which fires had to be doused or covered. This could have served several purposes: it lowered the risk of a spreading fire, it got townspeople who congregated around public fires to go home and it was a useful tactic in times of trouble. Emergency curfews were used in the U.S. at least as early as the Civil War.

But, as explained in a very thorough entry in the encyclopedia The Social History of the American Family, the original idea of covering fires so that townspeople would go home also meant that those in power could control the rights of lower-class populations, who wouldn’t have had private places to congregate. By the 1700s in Europe and the U.S., cities instituted permanent curfews for workers and slaves. At that time and into the 1800s, most of those curfews were aimed at controlling laborers. When child-labor laws came along, the reasoning got swapped: adults were now working in factories (often at night, making curfews unappealing to the bosses) and children were at home without supervision, getting into trouble. Curfews as a tactic to suppress crime became linked with age restrictions on movement. By the middle of the 20th century, many cities had permanent youth curfews.

The U.S. Department of Justice bulletin on curfews cites 1975’s Bykofsky v. Borough of Middletown as the first federal court test of the constitutionality of those curfews; the court decided that the curfew in question was allowed, as any infringing on parents’ rights to make decisions for their children was outweighed by Middletown’s interest in protecting them. In general, the DOJ sums up, a constitutionally acceptable juvenile curfew must come with a demonstrated reason and be precisely written in a way that addresses that reason. For example, a city could demonstrate that juvenile crime during certain hours is a problem and that the curfew applies to those hours.

A rise in crime often coincides with a rise in permanent juvenile curfews, and vice versa. Even though many dispute the effectiveness of juvenile curfews, they’re a frequent tactic when a city is looking for solutions. “In general, in the early ’90s when violence was such a hot topic, curfews were something many cities were trying,” says Ruefle. “I haven’t had a call about this in a decade. It’s faded away because crime has faded away.”

Still, many cities continue to keep permanent juvenile curfews on the books, whether or not they’re enforced. Baltimore is included in that group. In fact, last August Baltimore made news by tightening its policy. That means that, even after next week, Baltimore’s will be a tale of two curfews: one that ends when the emergency does, and one that will keep on going. 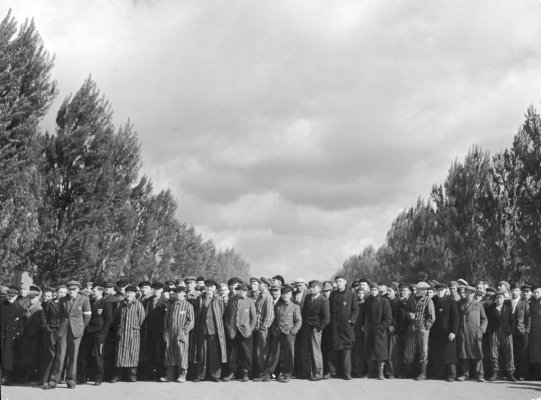 When the Survivors of a 'Super-Hell of Horrors' Were Freed
Next Up: Editor's Pick