Why the NFL Suddenly Wants to Pay Taxes

Malcolm Butler #21 of the New England Patriots intercepts a pass by Russell Wilson #3 of the Seattle Seahawks intended for Ricardo Lockette #83 late in the fourth quarter during Super Bowl XLIX at University of Phoenix Stadium on February 1, 2015 in Glendale, Arizona.
Rob Carr—Getty Images
By Sean Gregory

The NFL announced Tuesday that it’s voluntarily relinquishing its tax-exempt status. Here’s what you need to know about the move.

Why in the world would the NFL volunteer to pay taxes?

Basically, the economic value of the exemption wasn’t worth the political and PR headaches that it created. In a memo to the league’s teams and members of Congress, NFL commissioner Roger Goodell called the tax-exemption a “distraction,” and said it has “been mischaracterized repeatedly in recent years.”

Is there truth to this?

Yes. Political threats to revoke the tax-exemption of pro sports organizations hold populist appeal. After all, how can commercial outfits that sell expensive tickets and generate millions of dollars for owners and players be considered non-profit organizations – and thus exempt from paying taxes? The NFL is no charity.

In 2013, Sen. Tom Coburn (R) of Oklahoma introduced legislation that would prohibit the NFL and other pro sports organizations with over $10 million in revenue from filing as non-profits. In the wake of the Ray Rice scandal last fall, New Jersey Senator Cory Booker, a Democrat, proposed similar legislation – and argued that taxes on these leagues could fund domestic violence programs. Last month, Republican Congressman Jason Chaffetz, House Oversight Committee Chairman, told Reuters that “the National Football League should have to pay taxes like everybody else.”

Politicians, however, largely fail to explain the scope of these tax-exemptions – which are much more limited than they may appear. The NFL’s teams, who see a bulk of the league’s $11 billion in revenue, are taxable entities. So the NFL does pay taxes. The league office is tax-exempt, but it generated just $9 million in income during the 2012 tax year.

So repealing the NFL’s tax exemption wouldn’t create the windfall politicians want you to expect. If it saved the NFL a ton of money, today’s voluntary relinquishing never would have happened. Recent political posturing exaggerated its value.

Why was the NFL office tax-exempt in the first place?

The NFL has historically filed as a 501 (c)(6) non-profit, which provides tax-exemptions for “business leagues, chambers of commerce, real estate boards, boards of trade, and professional football leagues.” Er, how did football get written into the tax code?

This legislative quirk dates back to the 1966 NFL-AFL merger. “Professional football leagues” were added to the code that year to ensure that the merger could go forward “without fear of an anti-trust challenge under either the Clayton Antitrust Act or the Federal Trade Commissions Act,” and to ensure that “a professional football league’s exemption would not be jeopardized because it administered a players’ pension fund,” according to the Internal Revenue Service. In return for this favorable treatment of the merger by two Democratic lawmakers — Louisiana Senator Russell Long, chairman of the Finance Committee, and Louisiana representative Hale Boggs, House majority whip — New Orleans was awarded the NFL’s next expansion franchise.

NFL Commissioner Roger Goodell. Remember him calling the exemption a distraction? Well, the largest distraction has been the required public disclosure of his enormous compensation — $44 million in 2012, and $35 million in 2013. When Goodell mishandles an issue like Ray Rice, his paycheck is inevitably thrown in his face. How can a guy making that much money screw up so badly? The commissioner’s pay is also a sore point during collective bargaining negotiations.

Without the tax exemption, the NFL is under no legal obligation to release its commissioner’s salary. Major League Baseball made a similar move in 2007, when it relinquished its tax exemption – and no longer had to disclose the pay of commissioner Bud Selig, which had exceeded $18 million.

Fundamentally, does this news change anything about the NFL?

Not really. Go ahead and return to obsessing over the draft – which starts Thursday night. 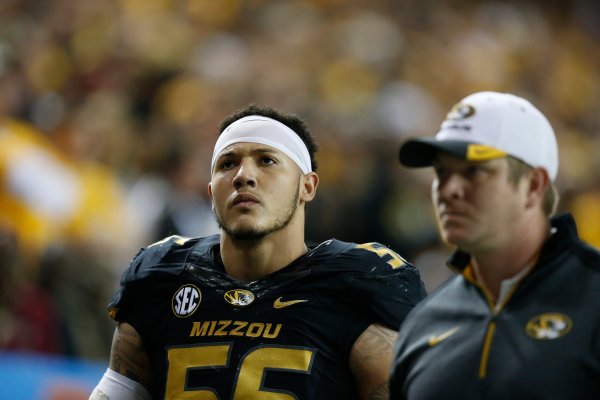