Right now, alcoholic beverages in the U.S. and the European Union aren’t required to spell out what’s in the bottle. But they should be, argues a public health expert in a new paper calling for calorie counts on all alcoholic beverages.

Fiona Sim, chair of the Royal Society for Public Health in the U.K. argues in her paper published in The BMJ that alcoholic beverages should be required to display calorie labels, since alcohol in general plays a contributing role to obesity. Many adults do not know how many calories they are consuming when they drink alcohol, she says. In people who drink regularly, that proportion can be significant: an estimated 10% of their daily calories come from booze.

“Most women, for example, do not realize that two large glasses of wine, containing 370 calories, comprise almost a fifth of their daily recommended energy intake, as well as containing more than the recommended daily limit of alcohol units,” Sim writes. “With the insidious increase in the size of wine glasses in bars and restaurants in the past decade, it seems likely that many of us have unwittingly increased the number of ‘invisible’ calories we consume in alcohol.”

Sim’s argument is aimed at the U.K., which currently does not require restaurant menus or bottles of alcohol to list their calorie content. The United States does require that calories for alcoholic beverages be listed in restaurants that have 20 or more locations. In the U.S. calories are not required to be listed on the bottle, though manufactures can voluntarily do so. U.S.-based consumer groups have called on industry players and regulators to include them.

Sim says that the calories in alcohol should be treated the same as calories in other foods and beverages. If regulation is not implemented, she says that people in the medical community have a responsibility to set the record straight.

“Those of us in clinical practice regularly ask patients about their weight, eating habits, and exercise in the context of primary or secondary prevention, but how many of us routinely ask about their calories from alcohol?” she writes. “It is time that we started.” 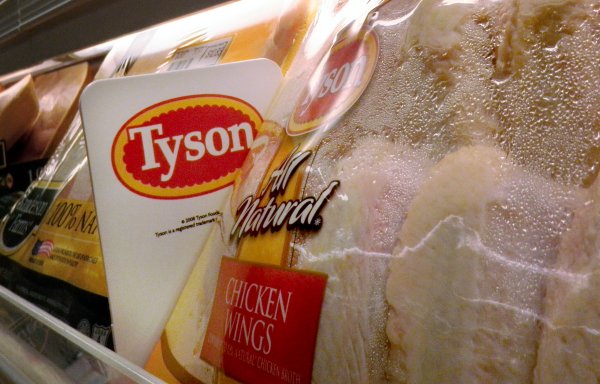 Tyson to Nix Use of Human Antibiotics in Chickens
Next Up: Editor's Pick