You Asked: Do I Have a Gluten Allergy?

People tend to conflate the terms allergy, intolerance, and sensitivity when they talk about food-related reactions, and especially gluten. The first two refer to well-understood digestive disorders with predictable symptoms, says Dr. Robert A. Wood, division chief of allergy and immunology at Johns Hopkins.

If you have a true allergy, your immune system produces antibodies designed to protect you from something it sees as a threat—be it nuts or shellfish. Even a little nibble can cause cramping or stomach pain, a runny nose, skin rashes, or swelling and breathing issues, Wood says.

An intolerance is an inability to properly digest or absorb specific foods or nutrients, often due to a lack of one or more digestive enzymes. (For example, people who are lactose intolerant don’t have the enzymes required to break down lactose.) This inability can lead to gastrointestinal problems like stomach pain, vomiting or diarrhea. Wood says food intolerances, unlike allergies, tend to be “dose dependent”—meaning the more of the food you eat, the worse you feel.

Take gluten, a type of protein found in grains like wheat, rye and barley. When it comes to gluten-related health concerns, says Dr. Alessio Fasano, director of the Center for Celiac Research at Massachusetts General Hospital, roughly 1% of the population has celiac disease—a condition that causes a sufferer’s immune system to attack the small intestine whenever gluten is present. A smaller percentage of people, maybe 0.5%, have a related wheat allergy. “We can verify each of these through blood tests and screening,” Fasano adds. Blood tests are the first step in identifying the underlying condition; to get a definitive diagnosis, a gut biopsy is usually required. For people with these conditions, cutting gluten or wheat is an absolute necessity.

But unlike allergies and intolerances, food sensitivities occupy a gray zone. Like an allergy, they may be related to immune reactions. But they’re poorly understood and symptoms are hard to pin down, says Fasano. “If you believe reports, a food sensitivity could cause a stomachache one time, then a headache, then joint pain or even cognitive problems,” Fasano says.

Because the mechanisms underlying sensitivities aren’t known, Fasano says there’s no way to test and validate them. That ambiguity has led to a lot of confusion and disagreement among researchers, while creating ideal conditions for spurious health “experts” to push food elimination diets that may do more harm than good, he says.

Eliminating gluten is the most common (and some would say trendy) example of this, Fasano says. Some estimates suggest a third of Americans are trying to avoid or altogether ditch gluten. “There’s this misconception that gluten-free foods are healthier or somehow linked to weight loss,” Fasano says. “But for most people, going gluten-free probably will not be beneficial.”

There may be another category of people who suffer from a sensitivity to wheat or gluten. Some popular books have suggested, in the words of Grain Brain author David Perlmutter, that gluten “represents one of the greatest and most under-recognized health threats to humanity.” But there’s not much data to support such claims. Fasano says what data there is point to stomach or abdominal pain as the most common symptom of gluten sensitivity, followed by skin conditions like eczema. While foggy thinking and fatigue are tied to gluten, there’s no agreed-on explanation for these symptoms, Fasano says.

Aside from celiac disease, Johns Hopkins’s Wood says that the medical science community is so convinced gluten isn’t a major health issue that there’s very little funding or interest in studying the subject further. “I think the bulk of people avoiding gluten are avoiding it unnecessarily,” he says. “Most doctors or people who’ve looked into it think it’s more of a lifestyle choice than a valid health issue.”

And when people claim to feel healthier after ditching wheat or gluten? “Lots of junk foods and snack foods contain gluten,” Fasano says. Some estimates show one-third of all grocery store items contain gluten—many of them the additive-stuffed, overly processed packaged foods nutritionists would love for you to eighty-six from your diet. “If you cut out those things, of course you’ll feel better,” Fasano says. “But it’s not because your body has a problem with gluten.”

While he doesn’t believe gluten is the health villain many have made it out to be, Fasano says food-related reactions are common, from gastrointestinal issues like stomachaches or cramps to non-GI issues like headache and joint pain. Fruit, beans, alcohol and many other common foods have been linked to symptoms of allergy or intolerance.

If you feel certain foods, including gluten or wheat, may be triggering pain or another type of physical reaction, Fasano recommends visiting a gastroenterologist or an expert dietitian—someone who can help you identify the source of your problem without putting you at risk for a nutritional deficiency.

“You wouldn’t take antibiotics or insulin without seeing a doctor first,” he says, “and you should take the same precautions when it comes to making changes to your diet.” 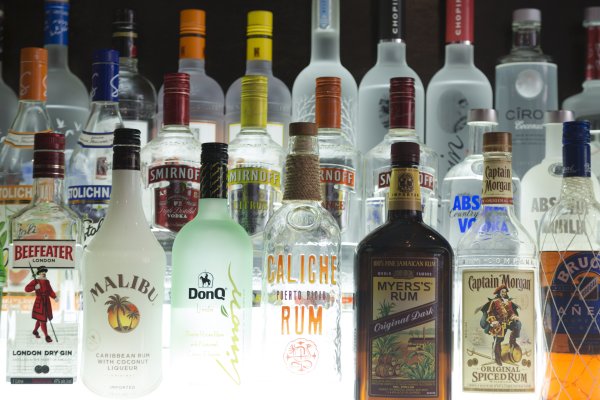 Should Alcohol Be Forced to List Calories?
Next Up: Editor's Pick