Prabal Gurung: Nepal Is In Ruins, But It Will Overcome

Nepal is my home. Not only has it been a constant source of inspiration for my work as a fashion designer in New York City — it’s where I grew up and where my family still resides. My life is deeply rooted in Nepal. Saturday, April 25th, will be a date forever ingrained into my being. I woke up heart-stricken to have learned that a massive 7.9 magnitude earthquake had killed countless people in my home country, and destroyed so many aspects of Nepal.

Now, there is widespread ruin across the country, and the death toll continues to rise to ever-staggering numbers as search and rescue efforts are continued throughout Kathmandu; remote villages are just beginning to be reached by rescue and relief teams. Nepal’s Prime Minister Sushil Koirala has estimated that the deaths could number over 10,000. Victims of this catastrophe are still trapped under collapsed buildings and there is no way to truly know at this time how many are in need in the nearby cities and villages. My family is on the ground in Kathmandu but all are as safe as they can be, considering the circumstances. But my country has suffered enormous loss, pain and devastation.

Nepal, and all its wonder, is in ruins. Thousands of homes have collapsed and many of its ancient, iconic temples and monuments have been annihilated. A country known so well for its rich cultural heritage has been turned upside down and shaken to its core. Nepal is a vastly spiritual country, proud of its ancient relics and Hindu temples, many of which have been brought down to the ground. Some temples, built as far back as the 12th century, were not able to withstand the power of this earthquake. Along with the loss of human life, the Nepalese people will be mourning the loss of these landmarks for decades to come.

The magnitude of the damage is still being assessed. There is an immediate need on the ground for medical support, search and rescue, emergency shelters and food and water among many other things. The United States has pledged $10 million in aid to Nepal, and other organizations are also raising funds. My organization, Shikshya Foundation Nepal, is directing 100% of donated funds directly to the latest needs on the ground.

In time, my people and my country will overcome this enormous adversity, as they have in the past and for hundreds of years.

Prabal Gurung is a fashion designer based in New York. 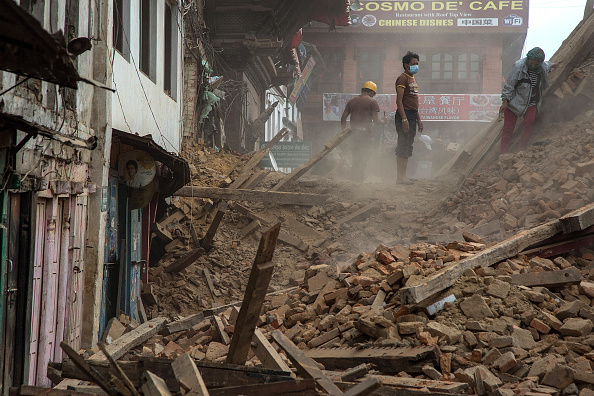 How to Reduce Earthquake Deaths
Next Up: Editor's Pick