Your Favorite Maddening Toy Is Now on the Apple Watch

Get ready to relive the ’90s on your futuristic smart watch. Bandai Namco has brought Tamagotchi, the just-exciting-enough digital pets that adorned many middle schoolers’ keychains 15 years ago, to the Apple Watch.

Like most Apple Watch programs, the Tamagotchi app works in conjunction with a previously released iPhone app. On the watch, users will be able to check their Tamagotchi’s status, let it go to the bathroom and feed it. Users can also get an alert if the pet calls out for attention.

Perhaps more Tamagotchis will survive on the Apple Watch than the pets did when they were relegated to their own separate devices, which were easily lost. It’s harder to forget to feed a pet that’s constantly yelping directly on your wrist.

See What's Inside the Apple Watch 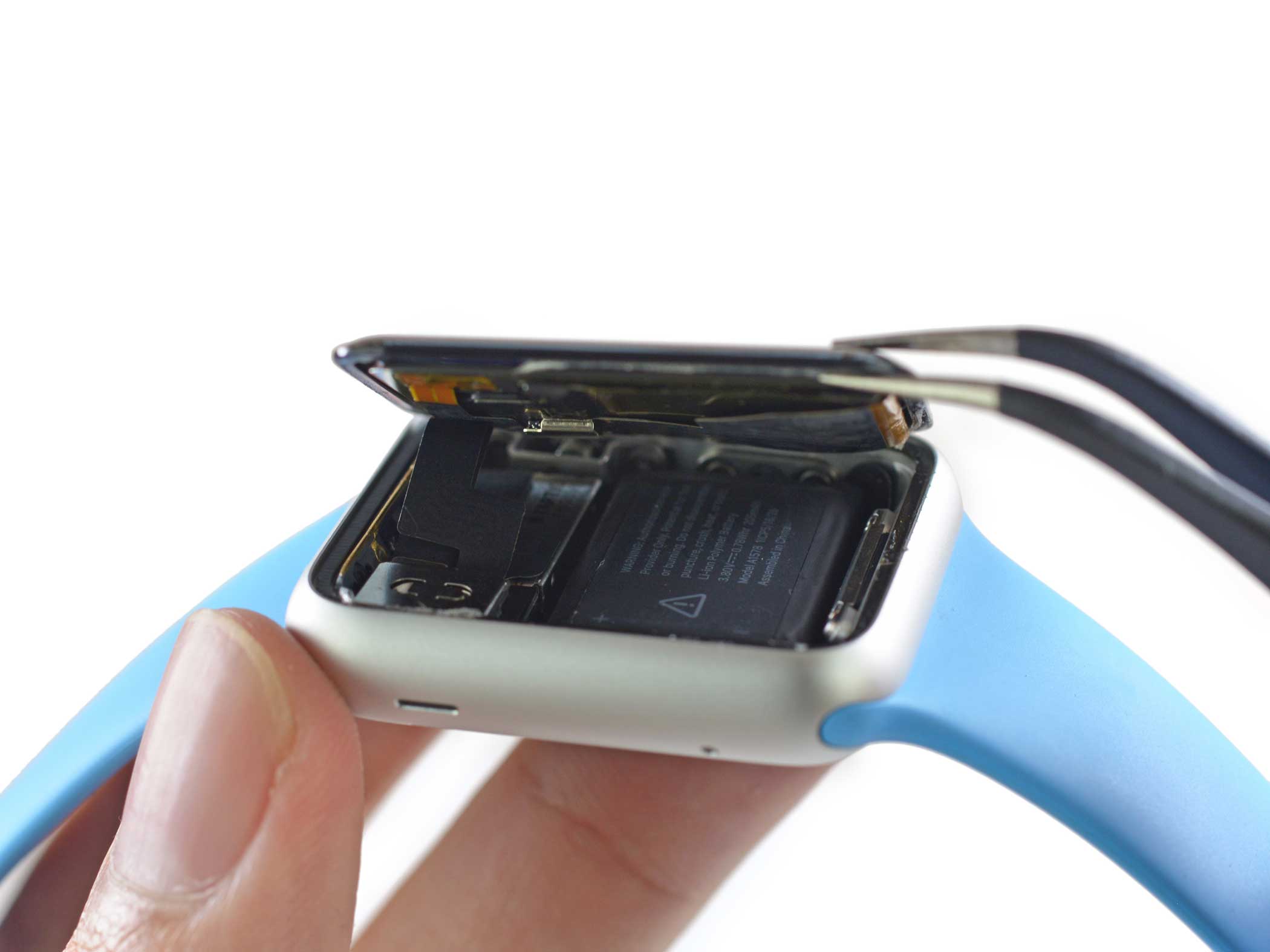 The display is carefully removed, revealing the innards of the Apple Watch
iFixit 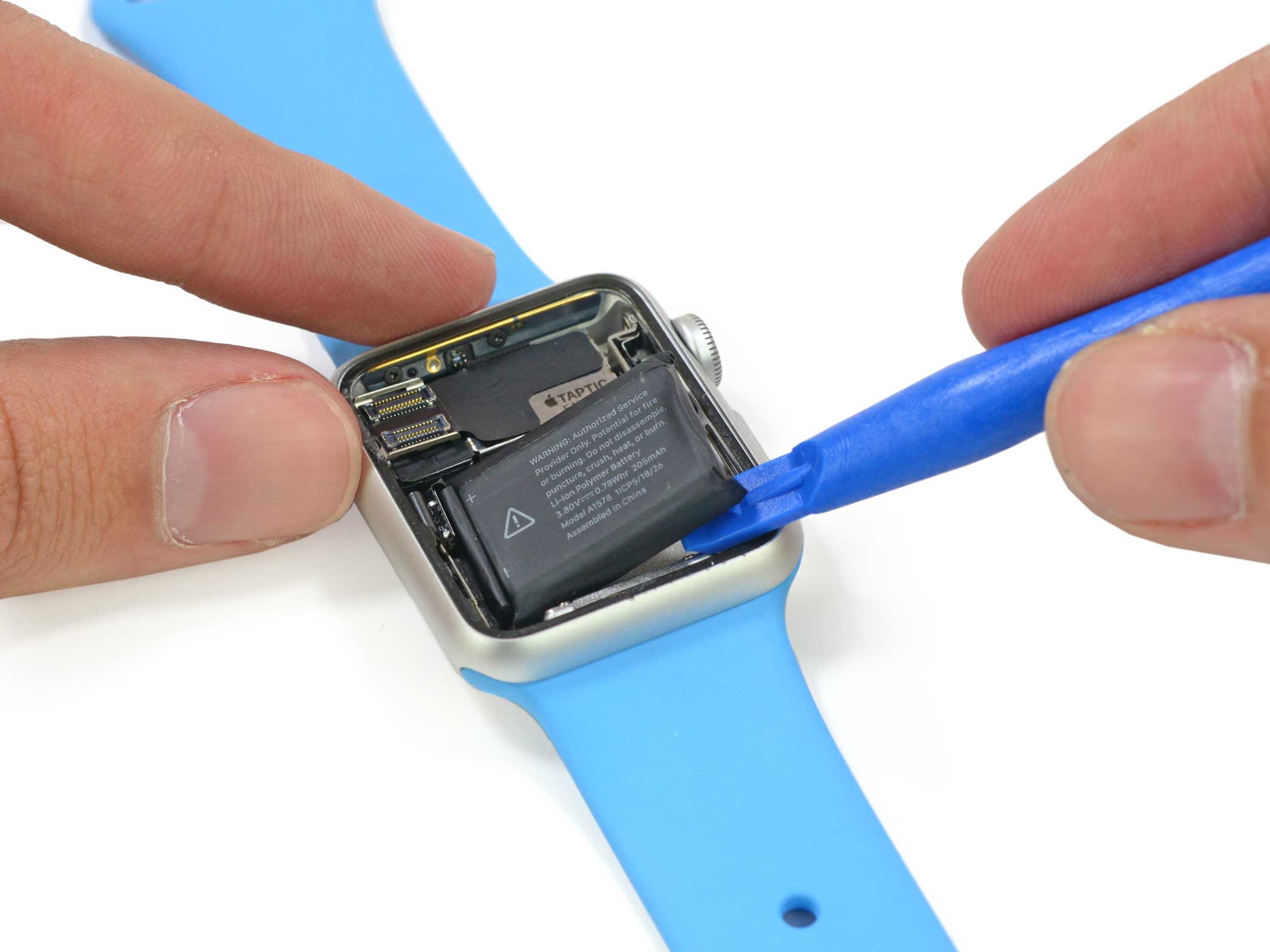 A plastic tool is used to remove the device’s battery. The Apple Watch sports a 3.8 V, 0.78 Wh lithium-ion battery, which has a life of about 18 hours for general use before needing a recharge
iFixit 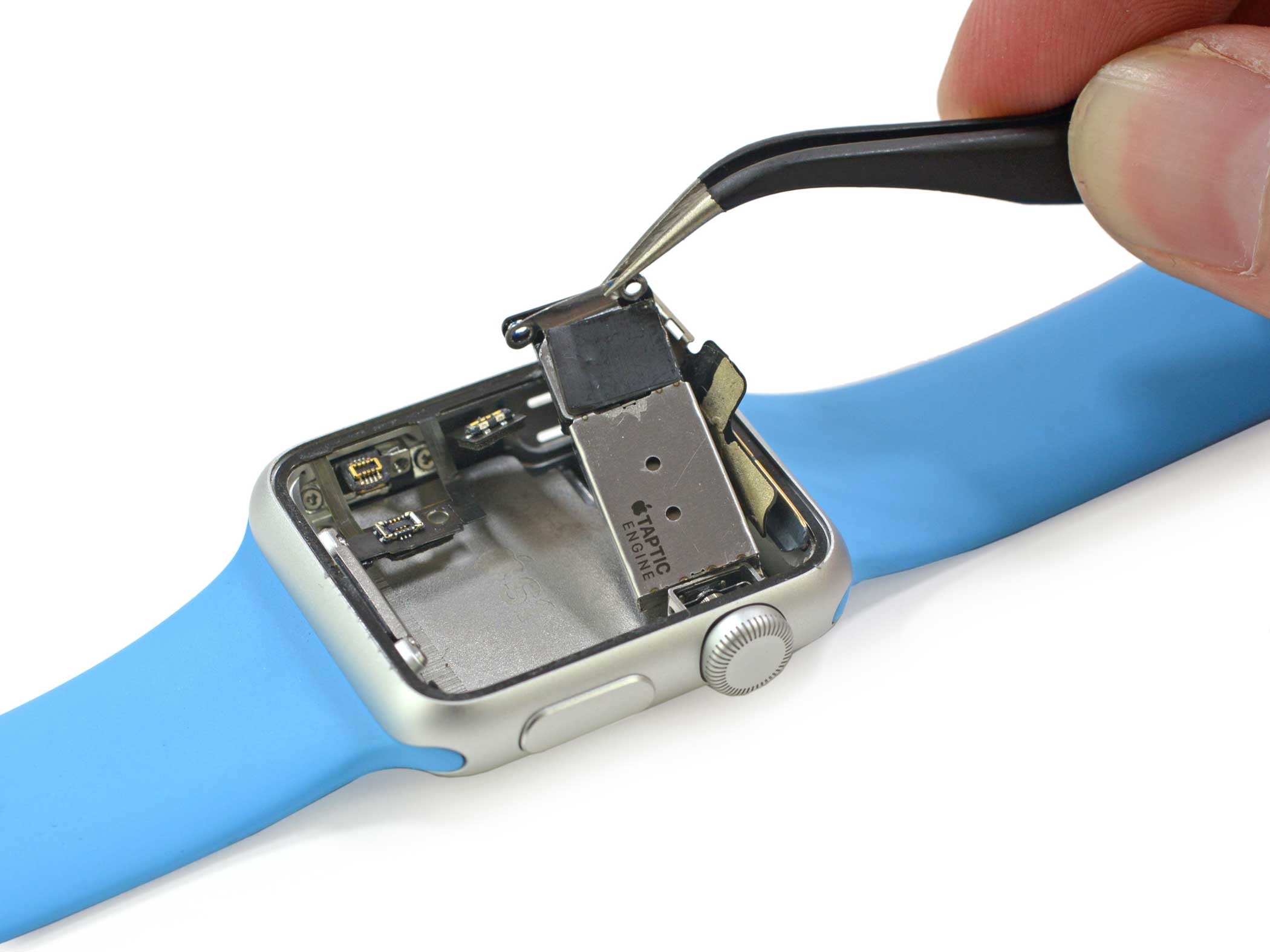 The Taptic Engine is the tiny motor that provides force feedback whenever the watchface is pressed or when the user receives a notification. Here, we see that it is attached to the Apple Watch’s speaker
iFixit 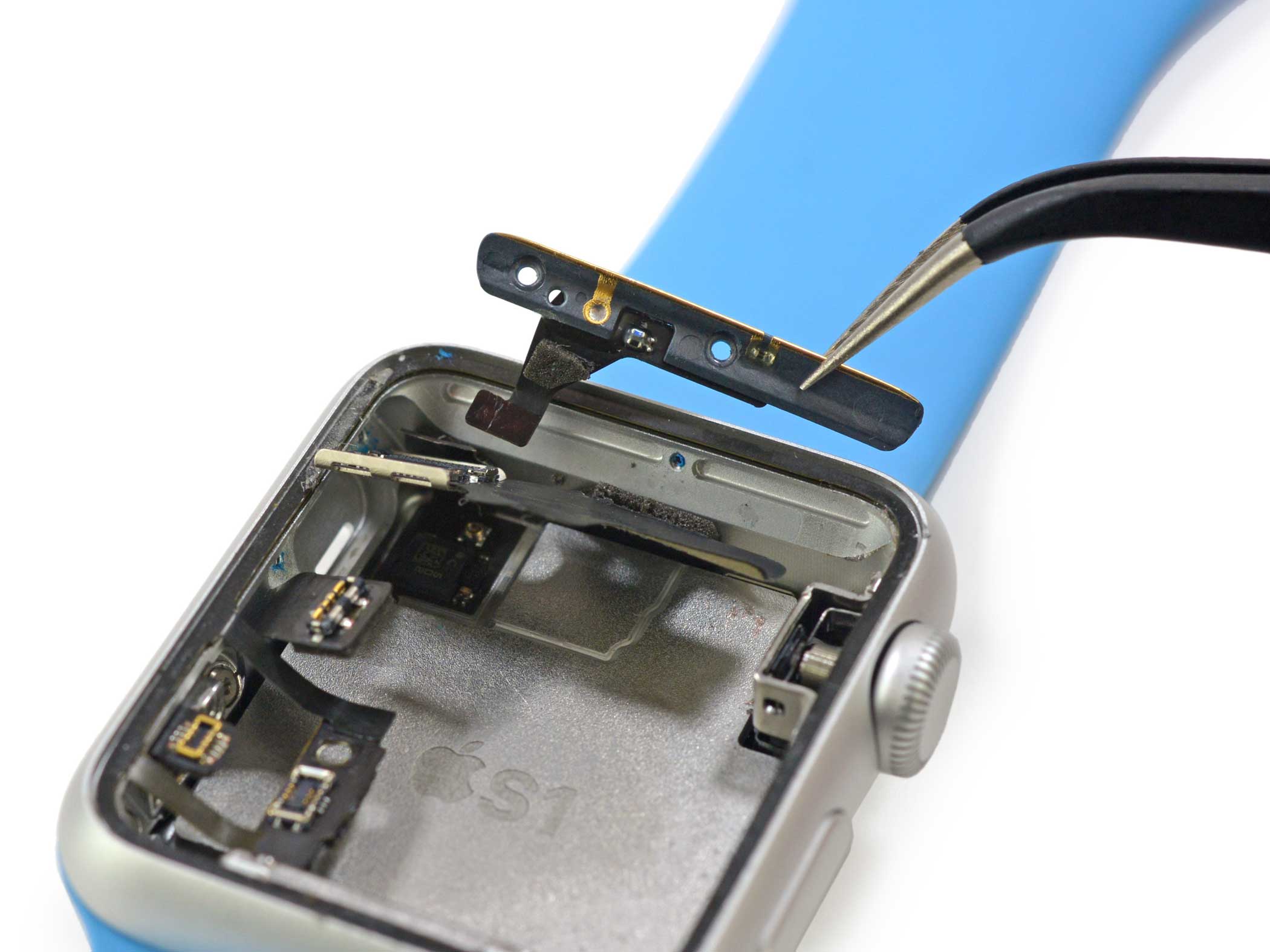 The antenna assembly is removed, which likely controls the watch’s Wi-Fi and Bluetooth functionality
iFixit 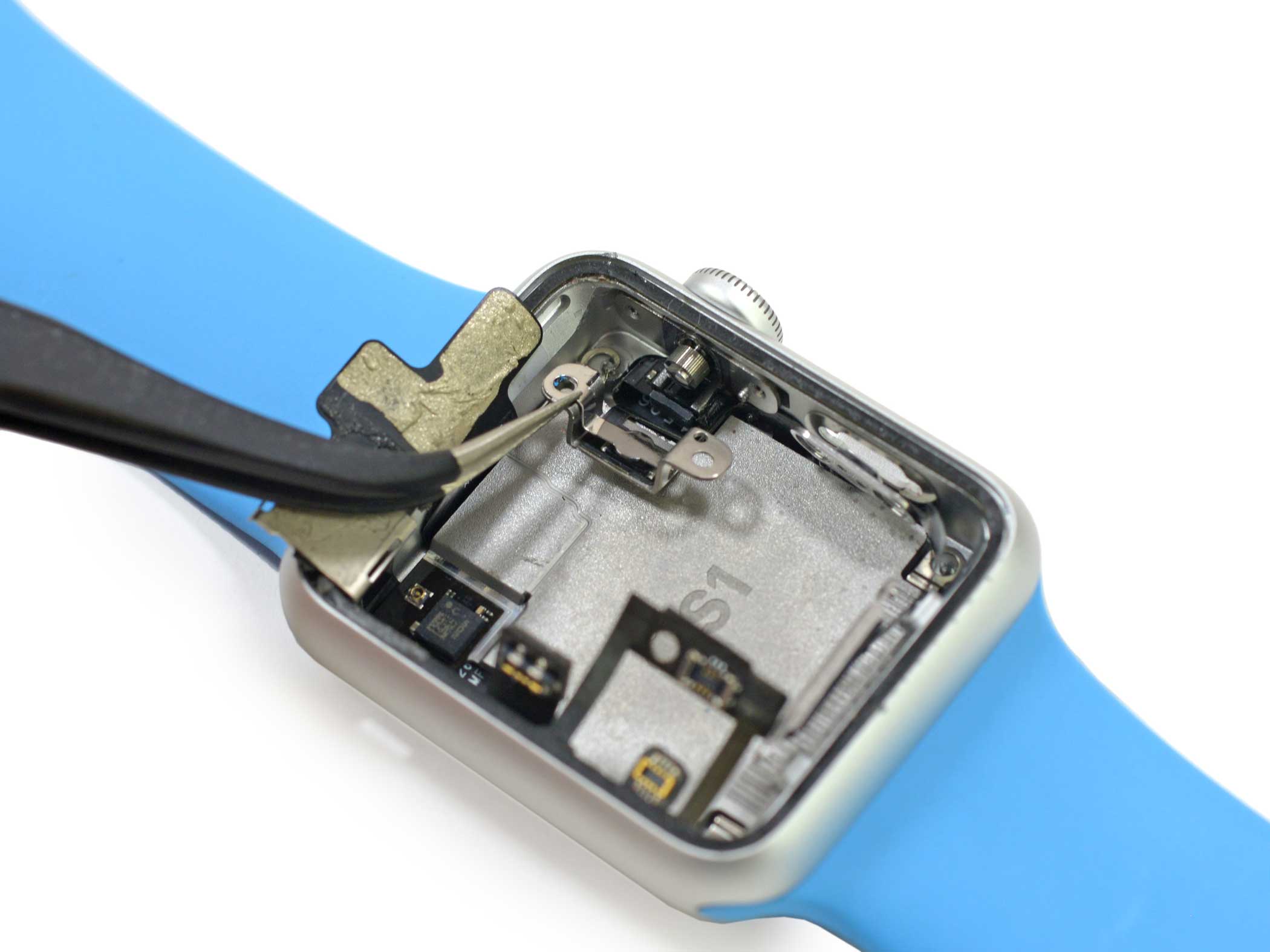 Removing the digital crown bracket is the final step before having access to the Apple Watch’s integrated computer chip, the S1
iFixit 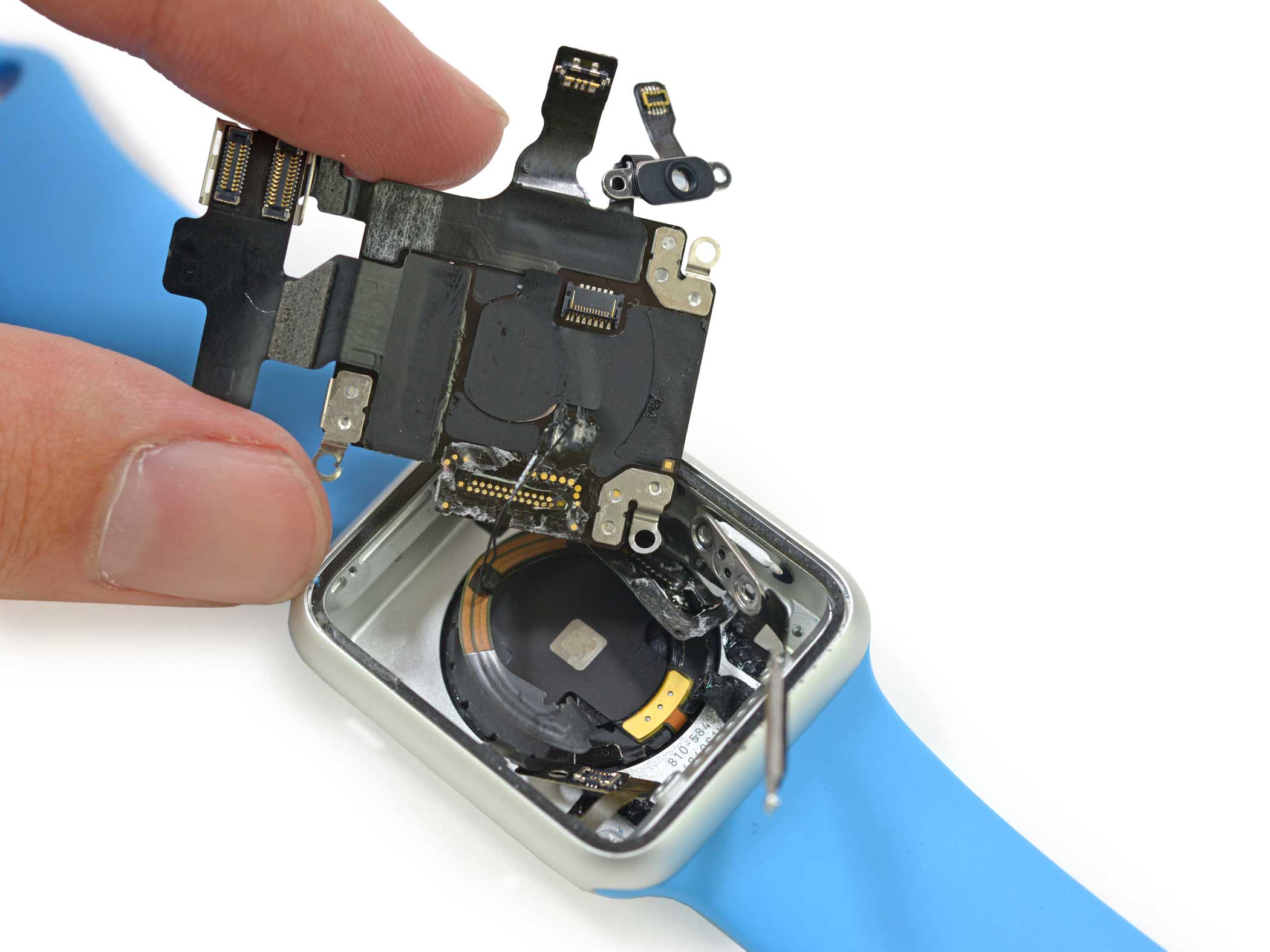 Deep in the Apple Watch’s casing is the S1, the integrated computer chip that gives the device its smarts. It’s extremely difficult to remove
iFixit 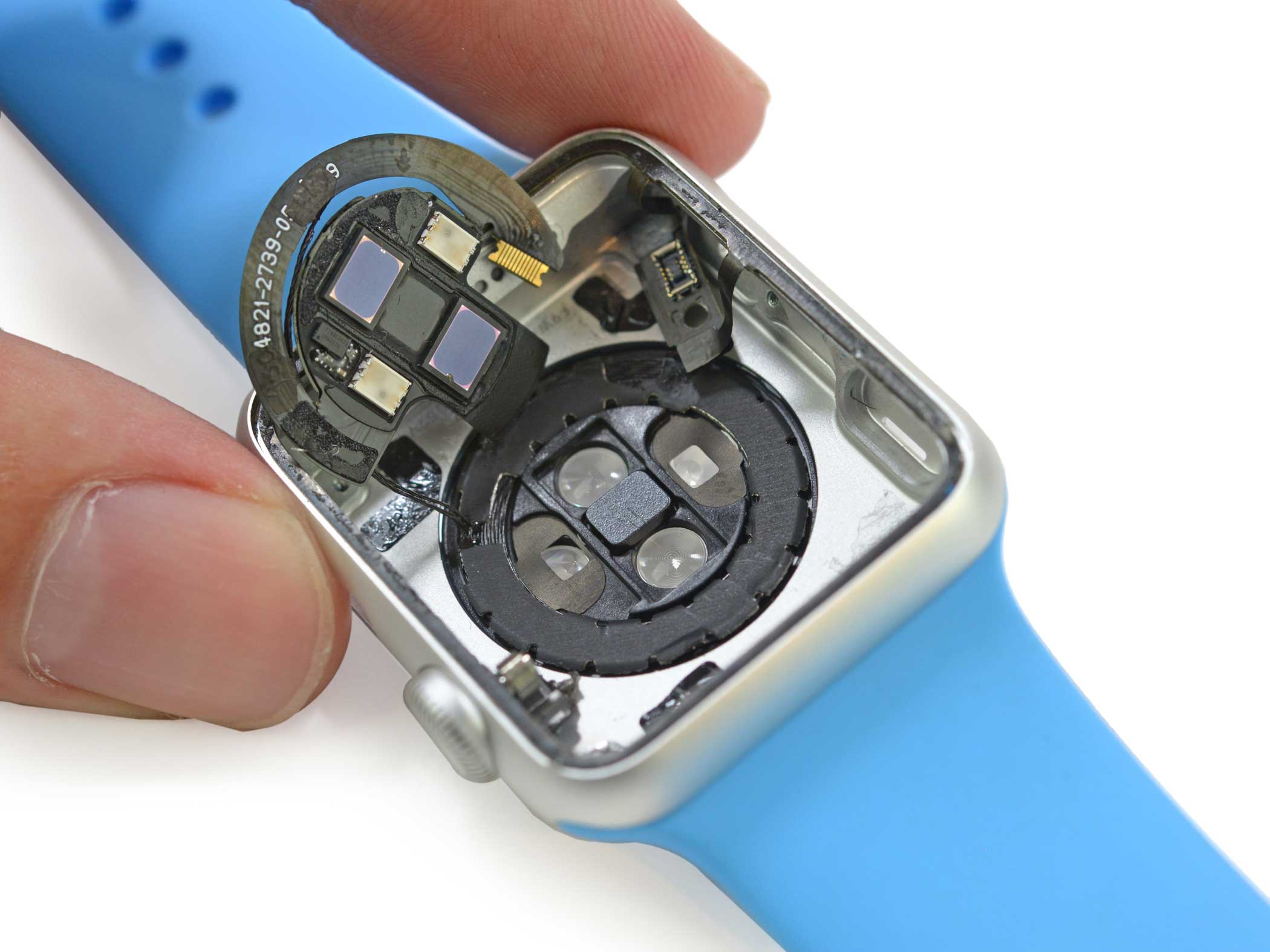 At the bottom of the watch case lies the plethysmograph that serves as the Apple Watch’s heart rate monitor. The device may also be able to measure a user’s blood oxygen level, but Apple hasn’t promoted this feature, possibly due to FDA regulations
iFixit 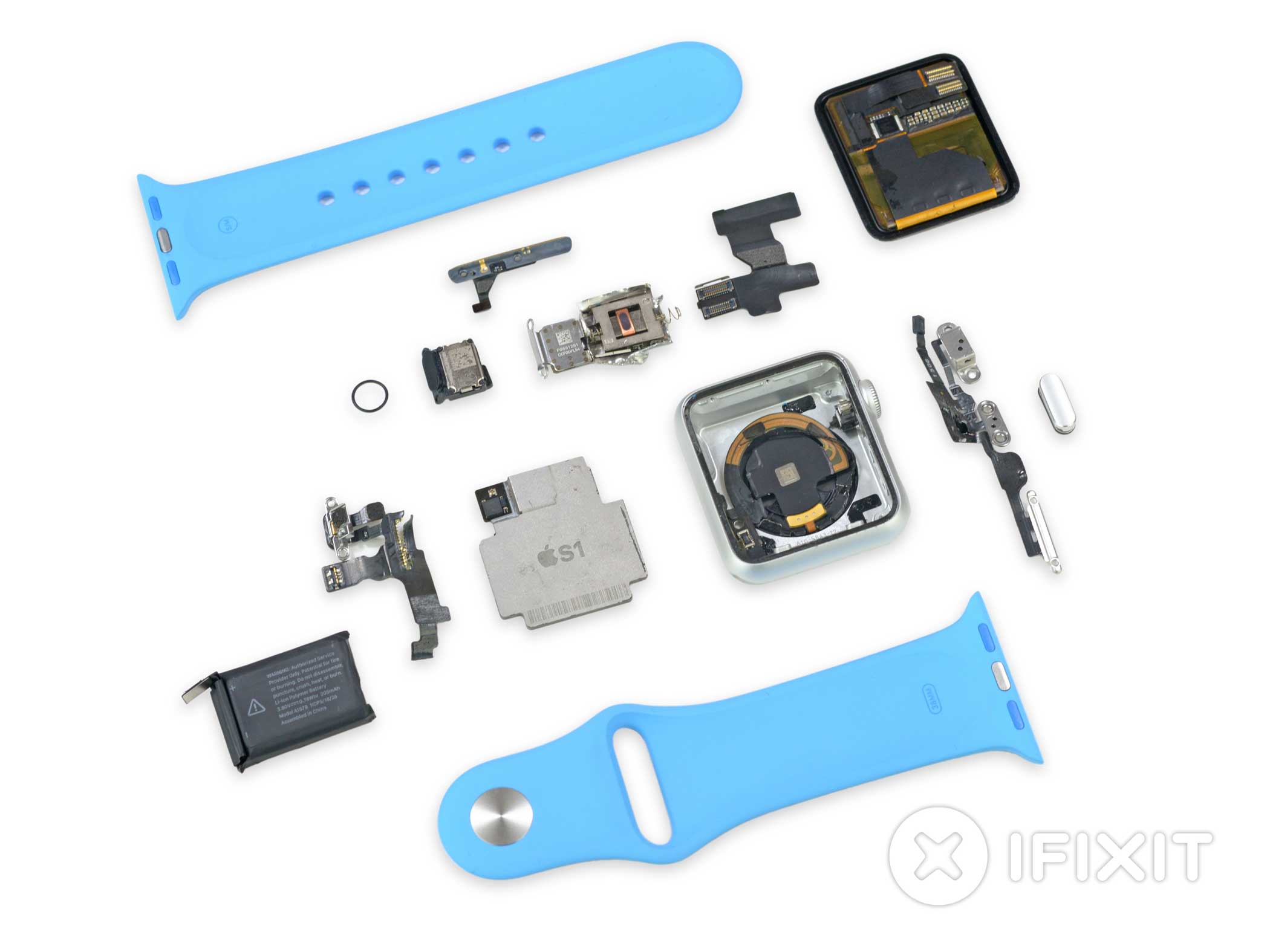