In this April 27, 2015 photo, a Protein World advert displayed in an underground station in London which says "Are you beach body ready?" as a petition calling for its removal gathers tens of thousands of signatures.
Catherine Wylie—PA Wire/Press Association Images
By Naina Bajekal

A weight-loss advertisement in the London Underground featuring a bikini-clad model has sparked a backlash, with protesters saying the company Protein World is making passersby “feel physically inferior to the unrealistic body image of the bronzed model.”

More than 50,000 people have signed an online petition calling for the posters for meal replacement supplements—which have the tagline “Are you beach body ready?”—to be removed from London tube stations and train carriages.

In addition, Britain’s Advertising Standards Authority has received hundreds of complaints from people saying the ad promotes unhealthy methods of weight loss and encourages body shaming. Photos of defaced posters have gone viral on Twitter under the hashtag #everybodysready while a “Taking back the beach” protest in London’s Hyde Park has been organized for Saturday.

In a statement, Protein World said “Getting ‘beach ready’ is not a new concept…We absolutely have no intention of removing the adverts because of a minority making a lot of noise.” Arjun Seth, the CEO of Protein World, said that the adverts were “aspirational” and likened the campaigners to “terrorists.”

A Transport for London spokesperson told TIME the advertisements were being removed on Wednesday because Protein World’s contract had ended.

“The adverts were paid for for three weeks so they’re just being taken down because they’ve come to a natural end,” the spokesperson said. “It’s the natural conclusion to the end of their marketing.” 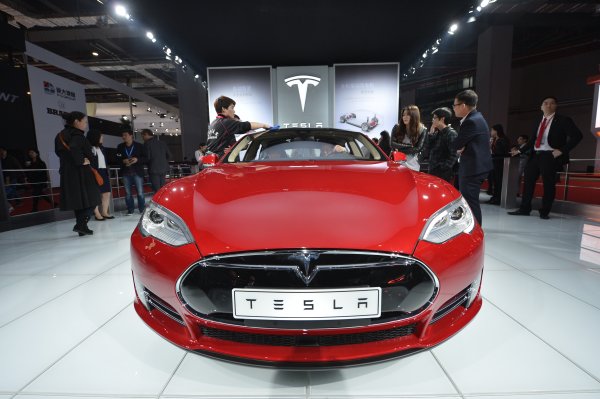 Tesla Could Be Changing the Dynamics of Global Energy
Next Up: Editor's Pick