Briton Goes on Trial in London for Killing U.S. Soldier in Iraq

A Briton accused of murdering an American soldier in Iraq with a roadside bomb went on trial Tuesday.

Anis Abid Sardar, 38, allegedly made bombs in Syria that were planted in the suburbs of Baghdad in 2007. One of these bombs killed 34-year-old Sgt First Class Randy Johnson, of 2nd Stryker Cavalry Regiment, when it hit the armored vehicle he was travelling in on Sept. 27, 2007.

The court heard that Sardar claims to have travelled to Syria to learn Arabic but papers found at his home in London suggested he had an advanced understanding of the language. An Arabic bomb-making manual was also found at his home.

According to the Guardian, the trial at Woolwich crown court is thought to be a legal first as the evidence originates in Iraq but the trial is taking place in London. The prosecutor told the court that Sardar was involved in making bombs, probably in Damascus, for use in Iraq in 2007. 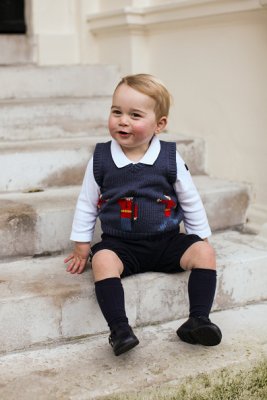 Prince George Looks for 'Daddy' in China Cabinet After Hearing Prince William Is in China
Next Up: Editor's Pick