Nikki Reed and Ian Somerhalder at the InStyle and Warner Bros. Golden Globe Awards after party held at the Beverly Hilton in Los Angeles on Jan. 11, 2015
Daniel Torok—AP
By Kathy Ehrich Dowd / People

In a match made in vampire heaven, Nikki Reed has officially tied the knot with Ian Somerhalder.

In images from the wedding ceremony, which happened at Topanga Canyon, the couple can be seen holding tight to each other as they stare into the horizon. The bride wore an elegant Claire Pettibone fishtail gown with lace sleeves, while the groom looked dapper in an all-white suit.

“Nikki was a delight to design for, and I wish the beautiful couple every happiness,” Pettibone said in a statement.

“Most beautiful morning ever,” Somerhalder Tweeted on the couple’s wedding day.

The nuptials cap off an affectionate year for the couple, who were first spotted together last July.

The animal-loving duo adopted a horse they named Eagle a month later, shortly after they publicly packed on the PDA at Comic-Con.

The passion has seemingly not stopped for the couple, who were spotted making out at Coachella earlier this month after getting engaged in January.

However, the pair make it clear their relationship extends far beyond infatuation.

“What’s actually, I think, nurtured this long friendship that we’ve had is that we are passionate about similar things,” Reed told reporters in February before Somerhalder presented her an award for her work with animals.

She also said they literally wake up in the morning and discuss how to make the world a better place.

“We do wake up in the morning and talk about those things,” she says.

Even better? She says they never fight – except about one teensy thing.

“He thinks his eyes are ocean blue and I think they’re aqua,” she said at the event.

The couple aren’t the only ones who think their relationship is special. Somerhalder’s Vampire Diaries costar Kat Graham recently told PEOPLE the duo are “literally perfect.”

“I haven’t met two people that were more of soul mates than those guys,” she says.

“They literally are perfect – from their Humane Society work together to them wanting to make the world a better place,” Graham added. “I mean, it’s really exciting when you see two people come together that are amazing.”

This is the first marriage for Somerhalder and the second for Reed, who revealed her split from American Idol musician Paul McDonald in March of last year. 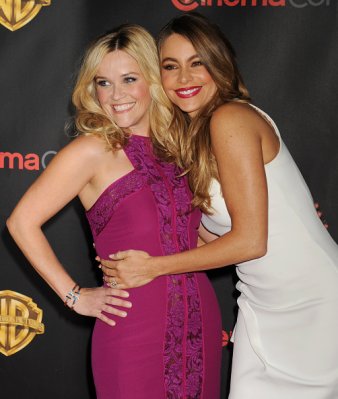