Here's the Most Surprising Thing About Apple's Crazy Earnings

“I feel really good about where we are,” Apple’s chief executive, Tim Cook told investors Monday in releasing yet another beyond-solid financial performance for the country’s most valuable company. “It’s tough to find something in the numbers not to like.”

Indeed. Revenues for the company’s second fiscal quarter grew 27% from the year-earlier quarter to $58 billion. Apple earned $13.6 billion, up 33%. The company has done 27 acquisitions in the last year and a half, and it is dramatically upping its share repurchase and dividend program. Yet Apple, now has $194 billion in cash and cash-like investments, up $16 billion from last quarter.

Wall Street analysts found a few things not to like because, well, that’s their job. Apple’s iPad sales are slowing, and while Cook predicts growth will re-accelerate, he won’t say when. (Bigger iPhones and snazzier Macbooks are cannibalizing iPads, he said.) Margins for the just-introduced Apple Watch are lower than the company’s overall margins, and Cook wouldn’t say if or when that will change.

Beyond that, there is an awful lot to celebrate in Apple’s recent performance. What’s more, Apple continues to grow more than the competition in two key areas, phones and PCs. Both are astounding accomplishments if you stop and think about it.

On phones, Apple was supposed to have been marginalized by now by phones running Google’s Android operating system. Android is mostly free, and any manufacturer can use it. Instead, Apple’s share has continued to grow. Cook said iPhone sales grew at a 40% clip during the quarter compared with a 15% rate for the overall market, as calculated by IDC. “In almost every country we grew at a multiple to the market,” Cook said.

Even more remarkable is the continued resurgence of the Mac. For years Apple was a single-digit niche player in PCs, the choice of artists, educators, and other oddballs. Luca Maestri, Apple’s chief financial officer, said the company sold 4.6 million Macs in the quarter, a 10% year-over-year increase, compared with a 7% global contraction for personal computers, per IDC. The Mac remains a tiny portion of Apple’s overall business. But it’s an annuity business that amazingly is now picking up the slack from the slowing iPad. When Cook says, as he did Monday, that he doesn’t care which Apple products cannibalize others, it’s easy to believe that he means it.

Apple has plenty of challenges ahead, not the least of which is satisfying the elevated expectations of its consumers and investors. (Cook said user feedback on the Apple Watch has been nearly 100% positive, which, judging from comments I’ve been seeing, may be a tad too exuberant.) That said, doing well while doing better than everyone else truly is tough not to like. 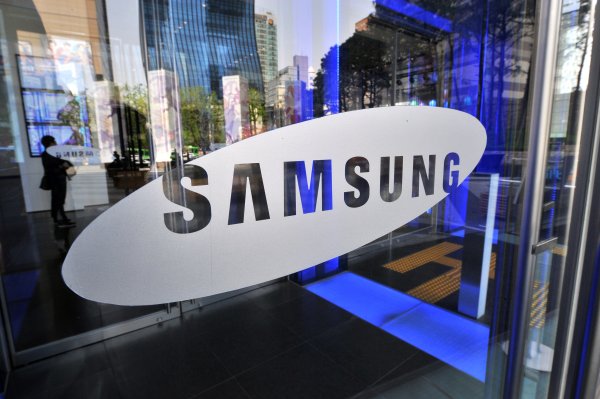 This Video About Samsung's Crazy History Will Blow Your Mind
Next Up: Editor's Pick