Apple’s earnings call was full of interesting numbers and nuggets. The company is on a tear, with massive iPhone and Mac sales. After years of trying, it seems to have finally understood what Chinese consumers really want. And though details were sparse, CEO Tim Cook sounded a positive note about the early results of its initial Apple Watch sales. (Not everything is going so well; iPad sales continue to flag as laptop and larger iPhone sales cut in.)

After months of waiting and speculating about what Apple’s next all-new product—the Apple Watch—would actually be like, Cook seemed to throw a small bone to Apple fans and analysts wondering what might be coming down the pipeline post-wearables. Here’s what he said on the subject of television, in response to a question about the recently launched HBO Now service on AppleTV:

The world may get a glimpse of that future at the company’s World Wide Developers Conference early this summer. 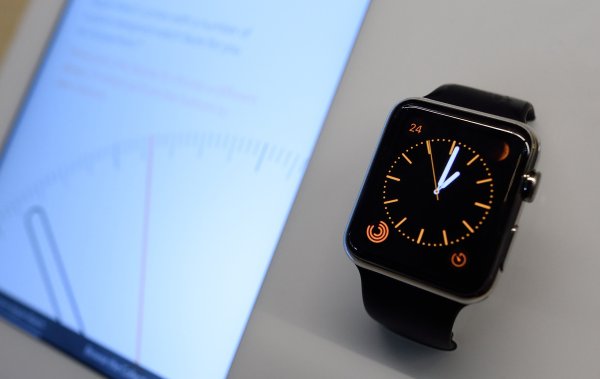 Apple Is Making Watches As Fast As It Can
Next Up: Editor's Pick