Apple’s announcement today that it would increase its dividend 10.6% and give out the biggest chunk of cash to shareholders in history—$200 billion of capital will be returned to investors through March 2017—means one thing and one thing only. The market has topped.

As I’ve written numerous times in recent months, share buybacks and dividend payments of this type don’t signal underlying economic health so much as they indicate a market riding on a financialized sugar high, one built on easy money, cash hording and tax dodging, which will eventually crash. Carl Icahn himself admitted as much to me when I interviewed him back in 2013, for a TIME cover story that looked at his quest to get Apple to give back $150 billion worth of cash to investors. “This market will break,” he said back then, even as he and many others were pushing for America’s richest firms to give investors more of the $4 trillion on their balance sheets (about half of which is held offshore). The only question now is when.

Indeed, one of the reasons that Icahn and others have been able to demand such huge payouts, and that companies like Apple have been able to deliver them, is that the Fed has poured $4 trillion into the market over the last few years, and kept interest rates at historic lows. That’s a crucial part of understanding this massive Apple payout. Despite having nearly 10% of corporate America’s liquid assets on hand, Apple has borrowed much of the money needed to do its capital return program over the last few years, at the lowest rates in corporate history, in order to avoid taking money out of offshore tax havens and paying the U.S. corporate tax rate on it. (CEO Tim Cook has said he would support repatriating some of the money at a lower rate as part of a wider deal on offshore holdings.)

Not only does issuing debt in order to hand over cash to investors save Apple billions, it almost always boosts its share price–buybacks necessarily do that, since they artificially decrease the amount of shares on the market, without actually changing the real value of the company via true strategic investments, like research and development, worker training, or anything else that might bolster the underlying prospects of the firm. More broadly, buyback wizardry underscores one of the great ironies of American business today–the country’s biggest, richest companies have more contact with investors and capital markets than ever before, yet they don’t actually need any capital.

Apple, one of the most admired firms in the world, now spends a large chunk of time thinking about how to create value via financial engineering. This is by no means just about Apple, which is pouring a lot of its wealth into noble pursuits such as green energy even in places like China and some limited factories in America.

But there is a larger uncomfortable truth here that many economists have begun to suspect, on a wide scale, has a lot to do with our permanently slow growth economy. One key part of the theory of “secular stagnation,” which is being bandied about by experts such Larry Summers, is that financial markets are no longer serving the real economy because they funnel so much money away from it. Others go further, believing that financialization itself is a core reason for slow growth and the decreasing competitiveness of U.S. economy in a global landscape.

The biggest economic conundrum of our age–why many companies aren’t investing the cash they have sitting on their balance into our economy in things like factories, workers and wages—turns out to have an easy answer. It’s because they are using it to bolster markets and enrich the 1% via capital return programs instead. A recent paper from the Roosevelt Institute shows that as borrowing to fund paybacks to investors has increased over the last few years has increased, investment into the real economy has decreased.

It’s a trend that has reached a fever pitch in the last decade or so, and particularly the last few years. From 2003 to 2013, the 454 firms in the S&P 500 index did $3.2 trillion worth of buybacks, representing 51% of their income, and another $2.3 trillion on dividend payments, which represented an additional 35% of income. By 2014, buybacks and dividends represented 95% of corporate income, and if the trend continues, they’ll reach over 100% in 2015. The bulk of these buybacks, which sped up following the low interest rate, easy money environment following the 2008 financial crisis, were done during market peaks, belying the notion that such purchases represent firms’ own belief in a rising share price. Many of them were done with borrowed funds (corporate margin debt is at record highs). The buybacks didn’t help make companies more competitive, but they did enrich executives, who took between 66% and 82% of their compensation in stock over the last seven years.

What this means on a practical level is that the claim from corporate leaders about how tight credit conditions, a lack of consumer demand and an uncertain regulatory environment has kept them from investing their cash horde back into the real economy is not the case. William Lazonick, a University of Massachusetts professor who has done extensive research on the topic of buybacks, says that the move from a “retain and reinvest” corporate model to a “downsize and distribute” one is in large part responsible for a “national economy characterized by income inequity, employment instability, and diminished innovative capability.” I couldn’t agree more. 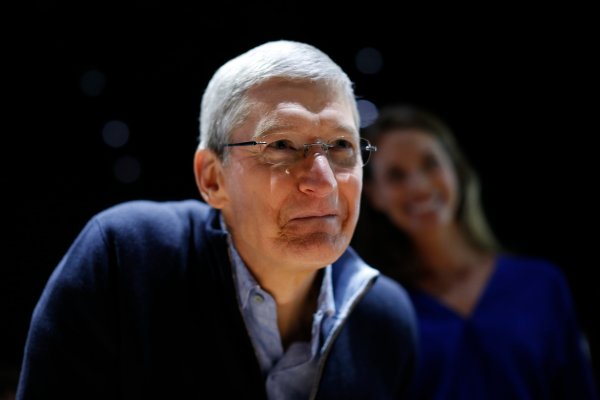