Apple Pay Is Coming to Your Favorite Store

The Best Buy logo hangs above a store on April 16, 2012 in Chicago, Illinois.
Scott Olson—Getty Images
By Matt Vella

Electronics retailer Best Buy is joining competitors in supporting Apple Pay. The company released an update to its iOS app that allows customers to buy items with Apple’s digital payments service. Later this year, the firm will let shoppers pay by iPhone or Apple Watch at checkout counters in its stores. Apple CEO Tim Cook talked up the news during his company’s record earnings call.

Best Buy, as well as retailers such as Walmart, Sears, and CVS, is a member of the Merchant Customer Exchange, which backed an alternative payments system. So far, that service, dubbed CurrentC, has had trouble gaining traction. Apple Pay, in contrast, has had a strong start. It will soon have the support of all four major credit card brands.

Best Buy indicated it was still supporting the rival plan but that it had to support its customers’ preferences. “Today’s consumers have many different ways to spend their money and we want to give our customers as many options as possible,” a Best Buy spokesperson said in a press release. 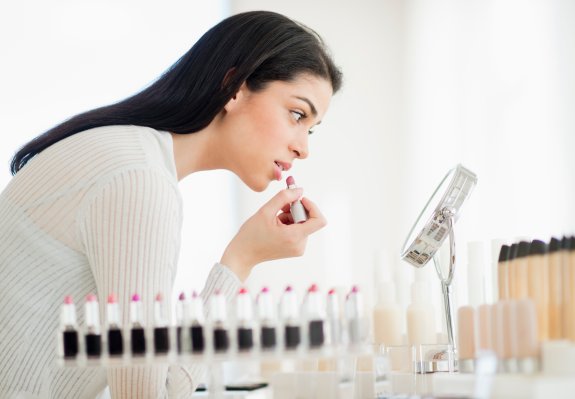 Congress to Vote on Stricter Oversight of Beauty Products
Next Up: Editor's Pick