Dan Fredinburg, the Google executive who was killed over the weekend by an avalanche on Mount Everest following the massive earthquake in Nepal, spoke to TIME.com two years ago about braving extreme altitude, mudslides and earthquakes to make the views from the planet’s highest peaks available to everyone with an Internet connection.

“Different adventurers and people who want to explore from the comfort of their homes have the opportunity to explore and see these different corners of the world,” Fredinburg told TIME in March 2013, when Google Maps’ Street View launched a collection of interactive galleries featuring the world’s tallest mountains — such as Tanzania’s Mount Kilimanjaro and Argentina’s Aconcagua — for which he helped collect images. “The goal as a team is to make sure we had the opportunity to provide users with maps that are more accurate and usable,” he said.

Fredinburg’s sister Megan announced Saturday on Instagram that he had suffered a fatal head injury during an avalanche caused by the 7.8-magnitude earthquake. Fredinburg was the privacy director for Google X, but he also told TIME about his work as a Google Adventurer — an unofficial title for Google employees whose love of the outdoors led them to turn their international trips into data-gathering opportunities for Google Maps.

The late executive described surviving a 6.9-magnitude earthquake while collecting data for the Everest Base Camp Street View map that he said gave him a new perspective on life: 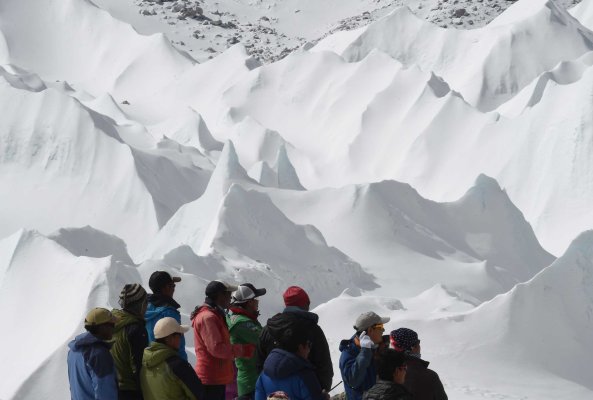 Everest Climber: 'There's an Element of Risk That We Accept'
Next Up: Editor's Pick