The U.N. Women report shows that even though more women are in the workplace and taking on leadership positions worldwide, pay levels are nowhere near reaching equality worldwide. On average women around the world earn 24% less than men, the report says, and earn just half of the income men earn over a lifetime. Women in South Asia experience the greatest gender pay gap, earning 33% less than men. The Middle East and North Africa have a 14% pay gap.

Women do nearly 2½ times more unpaid and domestic work compared with men and are less likely to receive a pension. Only half of working-age women are in the workforce compared to three-fourths of working-age men.

As a solution, the report suggests creating an economy that prioritizes women’s needs. It provides 10 recommendations for governments and other key players to adopt, such as creating more and better jobs for women, reducing occupational segregation, and establishing benchmarks to assess progress in women’s economic and social rights. 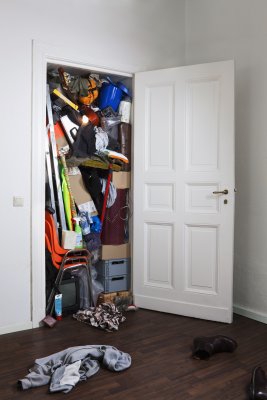 How To Help Your Kids Get Rid of Stuff
Next Up: Editor's Pick