This Is How Much OPEC Really Earns

The world already knows that the Organization of Petroleum Exporting Countries, or OPEC, can change the fate of the international oil price. By producing close to 40 % of the world’s combined crude oil, OPEC’s oil exports represents about 60% of the total petroleum traded internationally. In spite of having such clout, 2014 has been kind of odd for the cartel as there was a considerable drop in OPEC’s revenues. As per Energy Information Administration, OPEC earned close to $730 billion in net oil export revenues in 2014, which was a decline of 11% from 2013. Low oil prices and reduction in the net oil exports were the major factors behind this decline. This was the cartel’s lowest revenue earning since 2010.

Saudi Arabia has made its intentions clear of keeping its production intact with record levels of crude oil production in the month of April. Some experts are worried that the increased output from Saudi Arabia and other OPEC members could subdue the current rally in the international crude oil prices. Saudi Arabia produced 10.3 million barrels per day of crude in the month of March, a new record. As per the Saudi oil minister Ali Al Naimi “I have said many times we will always be happy to supply to our customers with what they want. Now, they want 10 million“. Saudi Arabia earned close to $246 billion from its oil export revenues in 2014, a drop of around 10% from its previous year mainly due to low oil prices.

Being among the ten largest producers of oil and natural gas in the world along with a net export revenue of around $53 billion in 2014, the United Arab Emirates is one of the biggest supporters of OPEC’s decision to keep its output unchanged regardless of oil prices. According to UAE’s Energy minister Suhail al – Mazrouei,“We are concerned about the balance of the market but we cannot be the only party that is responsible to balance the market.” UAE registered a decline of around 7% in its oil export revenues in 2014.

Iraq- Between a rock and hard place

With a production level of 3.33 million barrels per day, Iraq was the second biggest crude oil producer of OPEC in the month of March. With export revenues of $87 billion in 2014, Iraq is second only to Saudi Arabia in terms of production. However, there has been a drop in its revenues as compared to 2012 and 2013 (See figure 1). Also, with an increase in government spending, the country requires a stable international oil price of $105 per barrel to break even. Current oil price levels are nowhere near this. Also, the ongoing ISIS insurgency, heavy economic dependency on oil (more than 90%) and poor infrastructure have added to Iraq’s economic difficulties.

With earnings of around $81 billion in 2014, Kuwait registered a drop of around 10% in its oil export revenues from 2013. Interestingly, Kuwait is another OPEC stalwart besides UAE and Saudi Arabia who has been defending the cartel’s decision of sticking to its high production levels. Despite being the second smallest OPEC member in terms of its size, Kuwait is one of the world’s top producers and net exporters of petroleum and other liquid fuels. It is one of the countries besides Saudi Arabia, UAE and Iraq that has registered consistent crude oil production growth since 2005.

With revenues to the tune of $38 billion in 2014, Qatar is one of the smallest contributing members of OPEC only behind Libya and Ecuador. With oil export revenues of $55 billion in 2012, we see that there has been a sharp decline in its earnings in last two years. However, unlike other small OPEC members, Qatar is the biggest exporter of Liquefied Natural Gas (LNG) in the world and was the fourth largest dry natural gas producer in 2012 after US, Russia and Iran.

Nigeria and Venezuela are plagued by similar issues relating to their economic and political instability. With their export revenues to the tune of $77 billion and $58 billion respectively in 2014, both nations have registered a steep decline of more than 30% from previous years (figure 1).

Interestingly, both Venezuela and Nigeria need crude prices to be in the range of $90- $100 a barrel to break even, which is not possible under the current circumstances. Also one must note that oil represents more than 95% of Venezuela and Nigeria’s foreign exchange earnings.

Iran and Libya- Uncertain future as of now

Iran and Libya are two other OPEC nations that are plagued by internal political problems. With regards Iran, the country is all set to pump close to 300 million barrels of crude in the market if the historic nuclear deal with the P5+1 is signed in June 2015. This could result in a major increase in Iranian export revenues which stood at $89.4 billion as of 2013, before sanctions took hold in earnest (Figure 1).

However, the same cannot be said for Libya, a nation which reported a drop of more than 50% in its oil export revenues in 2014. Libya made $9 billion from oil export revenues in 2014. Few know that Libya is the holder of Africa’s largest proved crude oil reserves, with oil and gas accounting for nearly 96% of its government’s total revenues. However, the country’s oil exports have been severely affected by the civil war that started in 2011.

Algeria, Angola and Ecuador- The Prospects

With the third largest proved crude oil reserves in Africa, Algeria earned around $48 billion in 2014, which was more or less similar to its earning over the last four years. Angola earned $24 billion in 2014, around $3 billion less than 2013 mainly due to lower international oil prices and decreased domestic production. As per the IMF, oil exports represent more than 95% of Angola’s total export revenues.

Being the second smallest oil producing member of OPEC (after Libya), Ecuador earned $10 billion in 2014, the same amount that it earned in 2013. Ecuador also has the third highest proven oil reserves in South America only after Venezuela and Brazil.

Two sides of the same coin

If you thought that OPEC didn’t do well in 2014, the EIA predicts that OPEC could earn even less in 2015. With expected revenues of $380 billion (excluding Iran),2015 could be one of the worst years for the cartel. However, much depends on the signing of the Iran nuclear deal in June 2015. Also, if oil prices continue to increase in the third and fourth quarter of 2015, OPEC would earn far more than $380 billion.

What we can take from all of this is that there are now two clear factions in OPEC. The first one consists of Saudi Arabia, Kuwait and UAE, who are among the biggest earners in OPEC with billions of dollars in their foreign reserves. On the other hand, there is Nigeria, Venezuela, Iran, Libya and others who are suffering from issues such as local political instability, sanctions, recession, and lower domestic production levels. These nations have seen a sharp decline in their revenues over the last few years, and would require the international crude prices to be in the range of $90- $100 to break even.

The question is, with the current production levels of OPEC, will oil prices reach these levels anytime sooner? 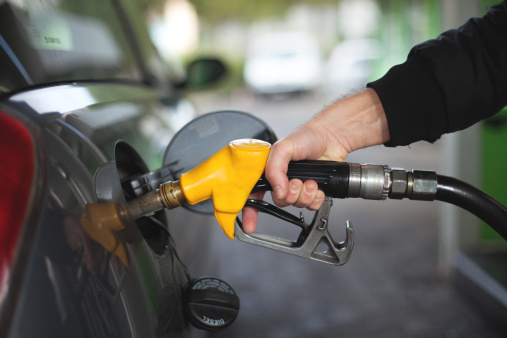