Bruce Jenner Wheaties Boxes Are Selling For Hundreds on eBay

Bruce Jenner finds his way onto the breakfast tables of America. The 'Keeping Up with the Kardashians' star is shown in his youthful glory on the front cover of 'Wheaties' cereal boxes on sale now.
Splash News/Corbis
By Sam Frizell

Bruce Jenner’s iconic Wheaties box is for sale on eBay, if you’re willing to shell out a couple hundred dollars.

The former Olympic champion’s photo was on the front of the breakfast cereal after his gold medal victory in the decathlon in 1976. Jenner, who will continue to be referred to with male pronouns for now, came out as transgender in a recent interview with ABC, and it appears to have brought renewed interest in his cereal fame.

One unopened box of Bruce Jenner Wheaties is seeing bids as much as $255 with 5 days left, and another unopened box is getting bids up to $125.50.

The more enterprising Wheaties purchasers are even taking to social media to pitch the product for $500.

Jenner said throughout his struggle with being transgender, he’s always seen himself as more a woman than a man. “I look at it this way—Bruce always telling a lie. He’s lived a lie his whole life about who he is. And I can’t do that any longer,” Jenner said. 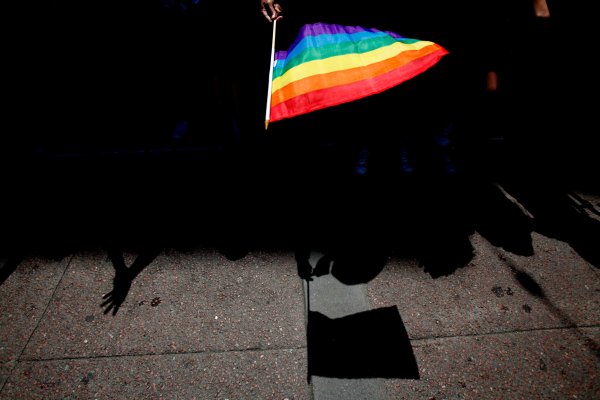 The Surest Sign That Homophobia Still Exists Is the Size of America's Closet
Next Up: Editor's Pick