The Apple Watch is displayed after a product announcement at Flint Center in Cupertino, California, U.S., on Tuesday, Sept. 9, 2014.
Bloomberg—Bloomberg via Getty Images
By Alex Fitzpatrick

Apple is pitching the Apple Watch as a time-saver, a fitness companion and a stylish fashion accessory. But it could also be a pretty great office prank tool, if the makers of the “Fart Watch” app had their way.

Essentially, the app turns the Apple Watch and a paired up iPhone into a whoopie cushion for the 21st century. Place the iPhone near your intended target, wait for the opportune moment, then tap the Apple Watch app to release fake flatulence at will.

But unfortunately for the Fart Watch developers, Apple doesn’t see this all as one big gas. The app has been rejected from the Apple Watch App Store, CultOfMac reports. Apple told the developers that “we noticed that your Apple Watch app is primarily a fart app. We do not accept fart apps on Apple Watch.” Clearly, Apple doesn’t want its high-end new gadget associated with such lowbrow use cases. On top of that, Apple historically has a much stricter app approval process than Google, although Google recently began moderating apps before they become available in the Google Play store.

Back to the regular old whoopie cushion it is, then. At least we still get our Burrito Button. 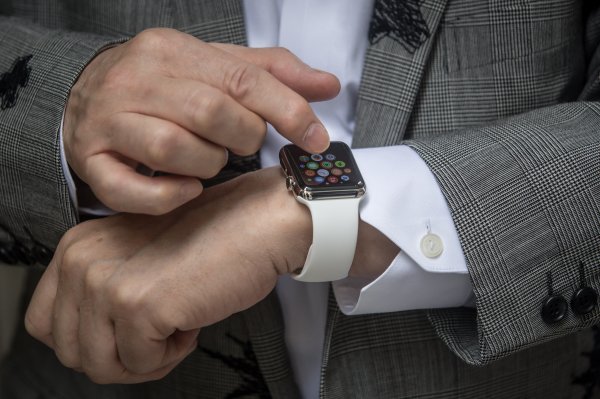 The 1 Big Thing Holding Back the Apple Watch
Next Up: Editor's Pick