Everything You Need to Know About Call of Duty: Black Ops III

Will Black Ops III be the best Call of Duty yet? Will it bring female characters to warfare in a way that doesn’t feel trite? Or meaningfully differentiate itself from prior installments, gameplay-wise? What about finally escaping the scourge of witheringly negative Metacritic user reviews? Will it be fun? There are lots of questions bracketing a space filled mostly with hypotheticals (and truckloads of publicity hype). Here’s what we know so far, fresh off Activision’s worldwide reveal.

The first/second week of November’s been a Call of Duty mainstay since Call of Duty 3 nudged the series out of late October, when it launched on November 7, 2006.

Prior Call of Duty installments swapped out characters across their campaigns, but Black Ops III will be the first in series to emphasize multiple protagonists simultaneously experiencing the game’s story-driven modes.

Meaning up to four people can play for the same team, online or local

That’s “four-player cooperative” in gamer lingo, and it means up to four players can play the game together, on the same side, from start to finish, either online or locally with a split screen.

It’s headed even further into the future

The Call of Duty series went science fiction back in 2012 with Black Ops II‘s cyber-jargon-laced near future jaunt to 2025. Last year’s Call of Duty: Advanced Warfare bumped the year out to 2054, and now Black Ops III looks to tour a grim-sounding cyborg-ish version of the 2060s, where “bio-technology coupled with cybernetic enhancements has given rise to a new breed of Black Ops soldier.”

Think soldiers with robotic limbs, in other words.

Yes, that makes it another triple-A game with an elevator pitch plot that lags at least half a century behind the best books, movies and TV shows, but who knows—maybe developer Treyarch will surprise us with its take on the “man vs. machine” trope.

You’re neurally connected to your squadmates

Activision calls it a “Direct Neural Interface,” and says you’ll play as black ops soldiers “that are interconnected, faster, and more lethal than ever.” With any luck, that’ll translate to something more novel than Ventrillo plus d-pad communication shortcuts.

Women will be just as common on the frontlines as men

Gender equality on the battlefield sounds like as huge step in the right direction, though it may court controversy if (and I stress if, since we don’t know yet) Treyarch’s rationale for doing so involves cybernetics-as-prerequisite.

Activision describes it as a “momentum-based, chained movement system that allows players to move fluidly through environments and maintain constant control of their weapon.”

You can customize up to nine soldiers

There’ll be a Zombies mode

A signature Treyarch component, Activision says it’ll have its own story and experience point progression system.

It’s for PC and new-gen systems only

No surprises here: make that PlayStation 4 and Xbox One consoles, and you’ll presumably need a PC with a high-end GPU if you’re rocking a desktop or laptop.

Update: Activision contacted us to note that while the game has been announced for PC, PS4 and Xbox One at this point, the company hasn’t formally ruled out other platforms.

It spent three years in the cooker

To be fair, they always do. 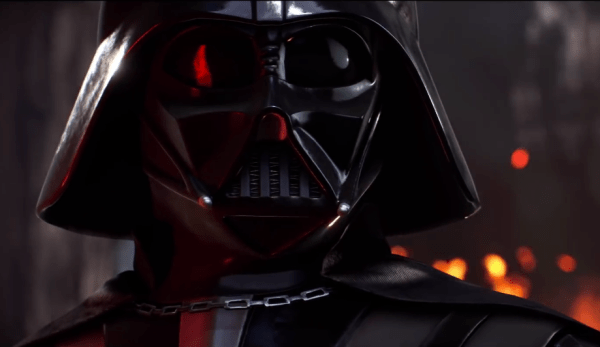 Watch the Trailer for the Most Anticipated Star Wars Game
Next Up: Editor's Pick