Here's How to Find Out About the Royal Baby First

Prince William (L) and Catherine, Duchess of Cambridge with Prince George during a visit to the Sensational Butterflies exhibition at the Natural History Museum in London on July 2, 2014.
John Stillwell—AFP/Getty Images
By Simon Perry / People

Don’t expect to see a palace aide hot-footing it down the famous steps of Princess Kate‘s hospital with news of the royal birth.

That’s because, unlike when Prince George was born, the palace will be sending out the news electronically.

When there is news of the arrival of Kate and William‘s baby at St. Mary’s Hospital in London, a release is set to be emailed to those covering the story. Then, “a couple of minutes later,” an aide explains, the news will be announced on the palace’s social media feeds, including the @KensingtonRoyal Twitter and Instagram accounts.

The information will be the sex of the baby, the time of birth and the weight.

As Kate, 33, and William, 32, and their aides mix the modern with the traditional, there will still be that old-fashioned display of the proclamation signed by the main doctors, led by consultant obstetrician Guy Thorpe-Beeston, posted on an easel in the foreground of Buckingham Palace.

It is the same easel that was used for both Prince George’s announcement in July 2013. The placing of the easel on the gravel by the palace gates will only happen in daylight so, in theory, there could be a delay of several hours between the birth and the actual sighting of the sign. “It will be delivered private to BP after the announcement has been made,” a palace aide says.

The next piece of information will herald the fact that the couple and their son or daughter are leaving the hospital – a moment when the young family will face the cameras for the first time.

The family is expected to stay at their London home Kensington Palace for a couple of days before heading to their country residence, Anmer Hall, around 150 miles north, where they will spend much of the summer.

William is set to have two weeks’ paternity leave from his new job as an air ambulance pilot, for which he re-starts training on June 1.

Read next: Here’s What People Want the New Royal Baby to Be Named 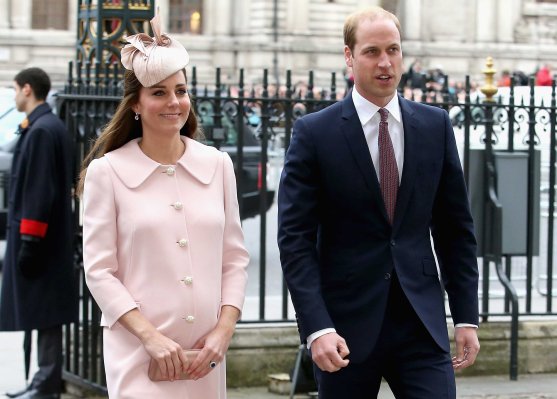 Diana Most Popular Name for Royal Baby, Poll Shows
Next Up: Editor's Pick