Former Secretary of State Hillary Rodham Clinton joins her daughter and Clinton Foundation Vice Chair Chelsea Clinton (L) for the official release of the No Ceilings Full Participation Report which coincides with the start of the 59th session of the United Nations' Commission on the Status of Women on March 9, 2015 in New York City.
Spencer Platt—Getty Images
By Sam Frizell

The Clinton family’s controversial charity foundation on Sunday defended its transparency and overall track record amidst growing scrutiny of its donors, even while conceding in a statement that it made “mistakes” in its operations.

A soon-to-be-published book by conservative author Peter Schweizer claims that some foreign and corporate donors benefitted from special treatment by Hillary Clinton’s State Department after donating millions to the philanthropy, and attention has turned recently to misfiled tax forms.

In a statement posted on the Clinton Foundation’s website, interim CEO Maura Pally said information misfiled in tax forms was disclosed elsewhere on the website. “Yes, we made mistakes, as many organizations of our size do, but we are acting quickly to remedy them, and have taken steps to ensure they don’t happen in the future,” she said. On the issue of why Canadian donors’ names weren’t published on the site, Pally pointed to a Canadian law that prohibits charities from disclosing individual donors without donors’ permission.

She also touted the philanthropy’s accomplishments, including combating climate change, lowering the price of HIV/AIDS-fighting drugs, among others. Despite the controversy, the Foundation’s commitment to transparency is “stronger than ever,” Pally said.

“When Hillary Clinton was appointed Secretary of State, we took unprecedented steps to avoid potential conflicts of interest by going above and beyond what is required of any philanthropy and instituted voluntarily annual disclosure of all of our donors on our website,” Pally said.

Even as Hillary Clinton and her allies showcase the Foundation’s philanthropic activities around the world, the $1-billion Clinton Foundation threatens to become an albatross to Hillary Clinton’s campaign to win the presidency in 2016. 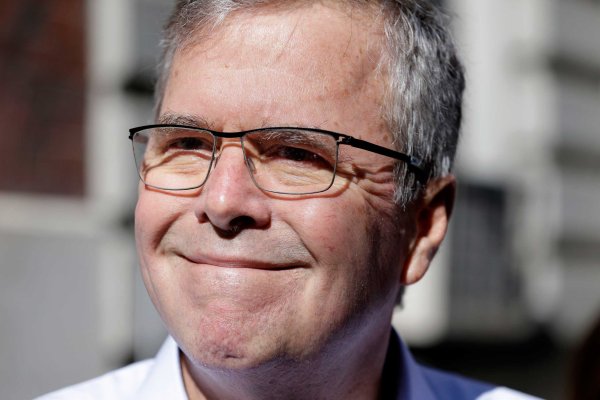 Jeb Bush Claims to Have Broken Fundraising Record
Next Up: Editor's Pick