How to Block the Hunger Pangs When You Diet

The hardest part of a diet are the cravings. That’s because dieting goes against the body’s developed-over-millions-of-years instinct to feed when energy levels drop. There’s a network of neurons that is exquisitely designed to sense when the body’s cells need more calories to fuel the metabolic, enzymatic, muscular, neurologic and sensory things they do. So when the body wants calories, we eat.

But what if it were possible to fool the body into thinking that it was full — without eating a bite?

Now scientists say you may be able to have your cake and not eat it — at least a little more easily. They worked with mice, but their findings could lead to new obesity treatments for people as well. In two papers published in Nature and Nature Neuroscience, researchers from different groups culminate a 15-year search for the specific nerve circuits in the brain responsible for hunger and satiety.

Scott Sternson, a researcher and group leader at the Howard Hughes Medical Institute’s Janelia Research Campus, investigated the signals that prompt us to eat. Do we eat to silence the negative sensations we get when we’re hungry? Or do we eat simply because we like the taste of food? Previous studies in animals suggests the latter, and the fact that we eat even when we’re not hungry also supports the idea.

But Sternson reports in Nature that his team found evidence it’s the desire to get rid of the unpleasant feelings associated with hunger that drives eating. Something called agouti-related peptide neurons (AgRP) are critical for regulating when animals eat. When calories dwindle and energy drops, AgRP are active, fueling appetite. “When we start to lose 5%, or 10% of body weight, that’s when these neurons are kicking in. And they are a big part of why most diets fail even though people do succeed in initially losing weight,” he says.

That may explain why diets go awry too. Sternson says AgRP nerves may not be active at the start of the diet, but as we lose weight, and the body senses that fewer calories are coming in, the neurons become more active, compelling us to fill up the missing calories and making us feel unpleasantly hungry all the time.

But when they did the same test on mice who hadn’t eaten in a while, the animals tended to favor the flavor linked to when AgRP was turned off — that’s when they didn’t feel the hunger pangs and the physical pain associated with hunger. Indeed, when they did more experiments that allowed them to peer inside the animals’ brains and see which nerves were active, the AgRP neurons started to quiet down as soon as the animals saw food, even before they began eating. But if the mice did not eat after seeing the food, the neurons would rev up again and remind the animals — painfully — that they hadn’t eaten.

But simply interrupting AgRP neurons wouldn’t be the safest way to support weight loss, says Dr. Bradford Lowell, professor of medicine at Harvard Medical School and Beth Israel Deaconess Medical Center and senior author of the other paper, published in Nature Neuroscience. Not only do AgRP neurons regulate appetite by driving animals to eat, but it also tries to conserve what energy remains by helping the body burn fewer calories. It signals the sympathetic nervous system, which controls things such as heart rate and blood pressure, to work less efficiently. And that could have negative effects on the heart.

The ideal situation would be to find something downstream of AgRP’s signaling that can be manipulated more safely. And that’s what Lowell spent the past 15 years doing. In his latest paper, he reports on a cluster of cells in the hypothalamus that might be just such a target. Unlike the neurons that trigger the heart-related symptoms when AgRP is activated, these nerves act as the hunger hub. Called melanocortin 4 receptor cells (MC4) hey are responsible, Lowell found, for feelings of satiety. Activating AgRP normally turns these cells off, so animals will feel the uncomfortable symptoms of hunger and start eating.

But one question that Lowell was keen on answering was whether animals eat to quiet down the hunger pangs of whether they simply eat because it activates reward and pleasure centers in the brain. By using the latest laser-technology that can activate specific neurons, they studied hungry mice and turned the MC4 cells on in one room and off when the mice wandered into another room, essentially tricking them into thinking they had just eaten, even if they hadn’t. Not surprisingly, the mice tended to spend more time in the room where the cells were turned on, and they felt “full.” “They were not eating any food but the mice chose to hang out in the room where their satiety signals were turned on. And they really liked it,” says Lowell.

But when they repeated the study with mice that had dined on chow, the results were different. This time, the mice didn’t show any preference and the satiety signals didn’t seem to affect them. That means that the animals ate mainly to get rid of the hunger pangs, and that given a choice, they would rather feel full.

That’s the same with people, and explains why diets are so hard to keep up. It’s a challenge to constantly fight the instinctive desire to quiet those hunger calls. But, says Lowell, it may be possible to manipulate the MC4 cells and fool the body into feeling the same satisfaction that comes with a full belly. “If we artificially turn on the downstream neurons of MC4, we are countering the adverse effect caused by AgRP being active. We are artificially removing the effect of the AgRP neurons on them,” he says.

And doing that, says Sternson, could help people who start a diet to stick with it. “We think it’s critical to understand all we can about these neurons, and how they control hunger when we start to loose weight. The more we understand the proteins that these neurons express, the more intelligently we can conceive potential treatment strategies,” he says. And those therapies might even make it possible to be hungry without feeling hungry, making them them the ultimate diet enabler. 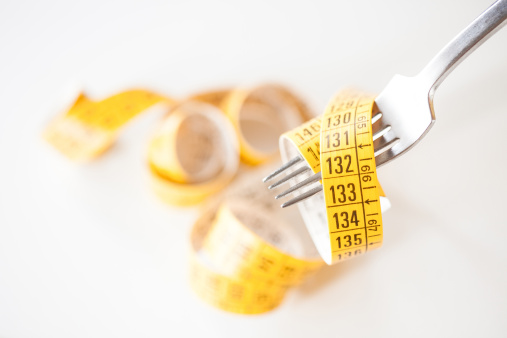 5 Ways to Get Slim on Autopilot
Next Up: Editor's Pick