Four decades have passed since Bruce Jenner made a name for himself as an Olympic decathlon champion, but now his celebrity has a new connotation: the most famous transgender person in America.

Jenner (who will continue to be referred to with male pronouns for now) appeared in a landmark interview with Diane Sawyer on Friday, explaining, “For all intents and purposes, I am a woman.” Good Morning America aired previously unseen outtakes from the interview on Monday morning, including Jenner’s idea for a memoir title: The Eleventh Event: Overcoming Life’s Obstacles.

Jenner bucked the notion that he is “trapped” in a male body, telling Sawyer, “I’m not stuck in anybody’s body, it’s just who I am as a person.”

When Sawyer asked why he seemed to tempt the press to speculate about his gender identity by appearing feminine in public, he replied, “I give them ammunition, okay?”

“Because I’m trying to live with myself,” he replied.

Jenner’s stepdaughter Kim Kardashian appeared on the Today Show, telling Matt Lauer that Jenner has her family’s full support. She said they’ve had “hundreds of family meetings” to discuss the transition, and have consulted with GLAAD and other organizations about questions like what to call him (they’ll stay with “Bruce” for the time being).

Chrystie Scott, Jenner’s first wife, said on Good Morning America that she considered it a gift that he shared his secret with her in 1972, the first year of their marriage. “It’s so hard to wrap your head around it,” she said, “particularly because he was such a manly man. He didn’t display any female style in anyway, he never indicated anything feminine in his demeanor. But it didn’t threaten me, [and] it didn’t threaten our marriage.”

Scott said she was sitting beside Jenner when the interview aired on Friday, and that the event was “tearful” but “cathartic.”

Jenner’s children also spoke to ABC, saying that though he’d often been absent while they were children (a fact he attributes to his struggles with gender identity during that period), they’re happy to be part of this conversation with him. “In seeing him come out and explain his true self,” said his son Brandon, “I was more proud to be part of that family and carry the last name Jenner than ever before.” 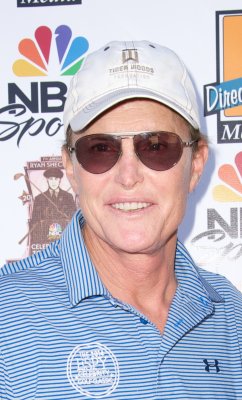 Bruce Jenner Fans Paint Their Nails in Solidarity
Next Up: Editor's Pick