A climber on Mount Everest captured footage of an avalanche that killed at least 18 people on the mountain amid a devastating earthquake that has killed at least 3,400 throughout Nepal.

YouTube user Jost kobusch posted the video with the caption, “The ground was shaking from the earthquake and as soon as we saw people running we were running ourselves to save our lives.” The terrifying footage has already been viewed more than 5 million times. Warning: strong language.

About 150 climbers were still stuck on the mountainside Monday morning at higher elevations than the avalanche, CBS News reports. Helicopter rescuers were only able to collect two climbers at a time, in highly unstable conditions. 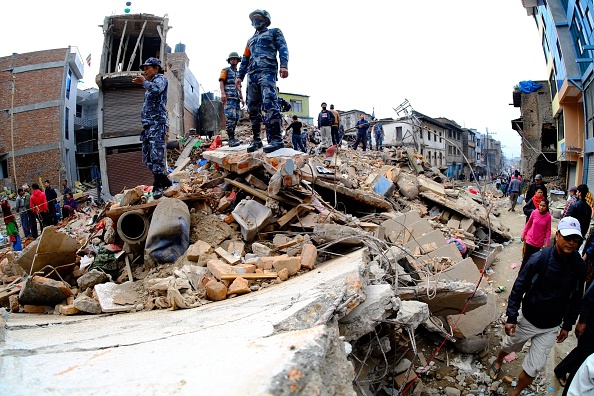 Where Will the Next Big Earthquake Hit?
Next Up: Editor's Pick