Here's What People Want the New Royal Baby to Be Named

Catherine, Duchess of Cambridge and Prince William, Duke of Cambridge attend the Observance for Commonwealth Day Service At Westminster Abbey in London on March 9, 2015.
Chris Jackson—Getty Images
By Justin Worland

The people have spoken: Diana is their name choice if the next royal baby is a girl, according to a report in the Sunday Times.

A survey of 2,200 adults found that 12% of respondents would want to name the child after Princess Diana, the child’s late grandmother. The names Alice and Charlotte followed close behind, both receiving 9% support. James leads the most-desired names if the royal baby is a boy, with 13% support. Alexander received 8% followed by Richard and Louis at 7%.

More than two-thirds of poll respondents supported Prince William’s decision to take six weeks of leave from his job as an ambulance pilot, according to People.

Princess Kate’s exact due date has not been announced, but observers believe that Prince George will soon have a baby sibling. 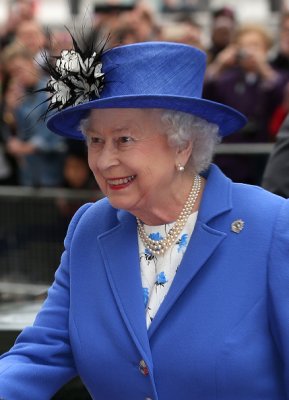 Queen Elizabeth Turns 89 As She Awaits Fifth Great-Grandchild
Next Up: Editor's Pick