In a Bloomberg Television interview with Emily Chang, Sandberg explained the genesis of the policy that gives employees money to get their eggs frozen in order to delay childbirth.

“There’s a young woman working at Facebook who had got cancer, and I knew her and she came to me and said, ‘I’m going to go through the treatment, and that means I won’t be able to have children unless I can freeze my eggs, and I can’t afford it, but our medical care doesn’t cover it,'” Sandberg explained. “I talked about it with our head of HR, and said, ‘God we should cover this.’ And then we looked at each other and said, ‘Why would we only cover this for women with cancer, why wouldn’t we cover this more broadly?'”

Egg-freezing has been widely used to help women with cancer preserve their fertility after chemotherapy, but it’s increasingly being used by women who want to delay motherhood for non-medical reasons, like if they haven’t found the right partner or they want to focus on work. When Facebook and Apple announced in November that they would cover elective egg-freezing for their employees, some critics attacked the policies, saying the companies were essentially encouraging women to delay motherhood until it’s convenient for the company.

Virgin CEO Richard Branson doesn’t agree. “We at Virgin want to steal the idea and offer it to our women,” he told Bloomberg in the same interview. “Somebody said to me they got criticism…and I said, ‘How can anybody criticize them for doing that? It’s women’s choice.”

He has a personal reason for supporting egg-freezing policies. “My daughter just had two wonderful twins from eggs, and they wouldn’t be here today if it weren’t for the eggs,” he said. 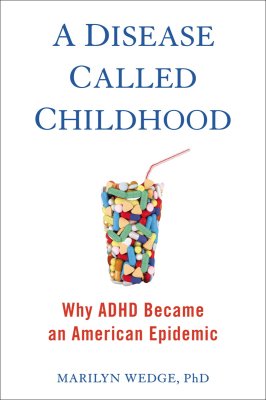 The ADHD Fallacy: It's Time To Stop Treating Childhood as a Disease
Next Up: Editor's Pick