Richard Corliss, the longtime film critic for TIME who passed away on April 23, was a tireless promoter of the art of cinema, and of particular filmmakers. Today, directors and others from across the industry have expressed their respect and deep admiration for a man who made a career doing the same for them.

Steven Spielberg: “Richard had an intuitive recognition of the urgency of cinema. In the same breath, he could recognize when something was fun and entertaining and when something was culturally significant or groundbreaking. He had more colors in the language he used to describe what we do than most artists have in their palettes.”

James L. Brooks: “For me, and it has to be true of others too, somehow he had a sense of what you were trying to do and what you were struggling towards, rather than what you should be doing or not doing. He tended to know what you were struggling toward and judged it accordingly. Seeing him comment about other people, seeing him say ‘This was probably what was cooking inside them as they made this’ was remarkable. I also remember when I did a movie called How Do You Know [2010] that was generally derided and he did a very sweet review and talked about what it was after. He always seemed to know that, and judged by how close you got. It’s very unique. He called it as he saw it, but he saw more than most people.”

Baz Luhrmann: “Although I met Richard briefly in passing, I’ve always admired the way in which he went out of his way as a critical voice and commentator to open himself to the new and the unfamiliar. I have personal experience of this when he embraced, not only Moulin Rouge in its initial screenings, but also my opera La Boheme. In an age where anyone can anoint themselves as a critical voice, it’s sad to see the passing of a deep thinker and above and beyond everything else, a true and a passionate lover of the movies.”

Debbie Reynolds: “Richard was a wonderful writer who wrote from his heart; a heart that loved film. It’s so good to have people like Richard who truly loved Hollywood write about it with love and humor. My daughter Carrie and I were honored to be asked to write the foreword for his book Mom in the Movies. His genuine love of films will be missed.”

Kathryn Bigelow: “Richard Corliss was a singular and brilliant film writer, cinephile and critic. His love for films of all shapes and sizes was part of what made him so unique. He was a true champion of independent film, and most especially of global cinema. He leaves behind an incredible legacy, but his voice will be missed for generations to come.”

Pete Docter (director of Up and Inside Out): “Richard was a champion and vocal fan of our films here at Pixar from day one. Reading his thoughtful and enthusiastic reviews, it was clear they came from a fellow movie lover—which, as filmmakers, is really the highest kind of praise you can receive. It is hard to imagine a friendlier gentleman, and it was with great sadness that we learned of his passing today. We hope his enthusiasm and support of cinematic entertainment will continue to encourage and inspire audiences and filmmakers alike.”

Wong Kar-wai (director of In the Mood for Love): “I am deeply saddened by the news of Richard’s passing. Richard was more than a film critic, he was a cultural ambassador who helped introduce Asian cinema to the United States. He was also a wonderful person who I was fortunate enough to call a friend.”

Martin Scorsese: “Sensitive, discerning and articulate voices in film criticism are few and far between—the people who spark something in you when you read them for the first time, the ones you look forward to checking in with. The writers who care, who enlarge the great ongoing conversation about movies, who elevate the films and the audience. Richard Corliss was one of these critics. I was shocked to hear the news of his passing. His contribution to film culture is great, and lasting.” 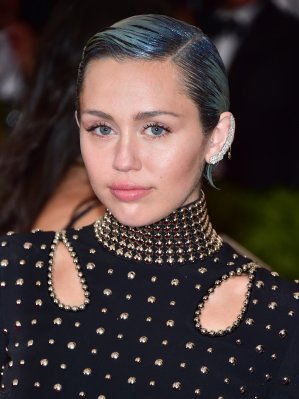 11 Audition Tapes That Made Now-Famous Actors' Careers
Next Up: Editor's Pick