By Alex Rogers and Eliana Dockterman

The University of Florida suspended one of its fraternities on Friday, after several fraternity members were accused of disrespecting wounded military veterans during an event at a Panama City Beach resort last weekend.

Members of the Zeta Beta Tau fraternity, which was already on probation for hazing during the fall semester, are accused of spitting on veterans, throwing bottles of beer over a balcony and urinating on the American flag, according to a letter sent to University of Florida President Kent Fuchs, the Gainesville Sun reports.

University officials said the chapter was accused of a series of offenses, including obscene behavior, public intoxication, theft, damage to property and physical harm. The fraternity will be suspended from participating in all university activities until the investigation has concluded.

“I am personally offended and disappointed by the behavior that has been described to me,” said student affairs vice president Dave Kratzer, also a retired U.S. Army major general, in a public statement. “This is not representative of our students or of the university.”

Fuchs and the fraternity have apologized to Linda Cope, the founder of the Warrior Beach Retreat, who had organized the gathering of about 60 veterans who fought in Iraq and Afghanistan.

“While the details of their actions are still under investigation, there is no doubt that some of our members engaged in ugly and unacceptable behavior,” it reads. “Their actions have no place in ZBT or anywhere, and they will not be tolerated.” The fraternity chapter has suspended all its activities and is cooperating with the investigation, the statement added.

Cope told the Gainesville Sun that she is looking forward to the university’s response.

“Nothing else is going to teach these men and women that you don’t treat these heroes with disrespect,” she said. 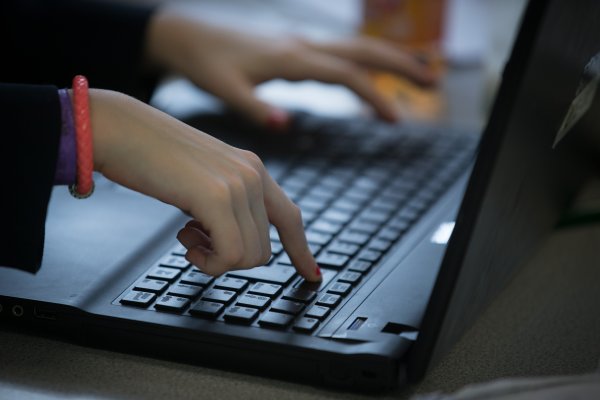 The College Education Game Just Got Changed
Next Up: Editor's Pick